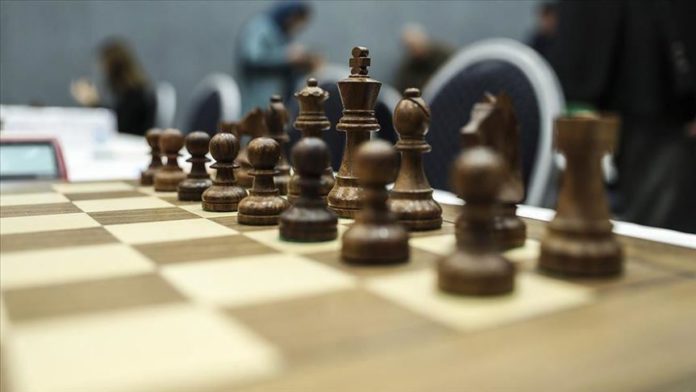 Online friendly matches will contribute to the friendship between Turkey and Vietnam, according to a Vietnamese chess champion who clinched several medals in international tournaments.

Khu, 40, told Anadolu Agency online competitions are very meaningful and are a way for players from both countries to exchange their knowledge of the game and get to know each other.

“It also opens a new relationship between the two countries in the field of chess for people with disabilities,” said Khu who has problems in her lower extremities.

Khu is honored to be a bridge to two organizations and hopes the connection between the Turkish Federation and Vietnam Paralympic Association will forever exist and develop.

She said the coronavirus forced tournaments across the world to be canceled or suspended.

“Last year, the World Chess Disabled Chess Championship in Cardiff of Wales was canceled and it was bad that this year’s tournament continues to be canceled. Therefore, I and many other disabled chess players look forward to the World Championship to be held this year,” said Khu.

She said Vietnam currently has its share of COVID-19 problems.

“Chess is a very popular and developed sport in Vietnam. Not allowed to take place like cultural festivals, education … and sports competition as well. Many major international tournaments hosted by Vietnam, such as the Vietnam F1 Grand Prix or the HD BANK International Chess Tournament, have been delayed and canceled,” she said. “Most recently the ASEAN Para Games Organizing Committee has also announced the cancellation of 10th Asean Paragames.”

The situation in Vietnam has improved one month since the Asian nation recorded no new cases, she said, and life has gradually returned to normal with sporting competition allowed to be reorganized.

The world championship will be played in Russia and receiving achievement there will help her become more popular.

“I will become an inspiration to help many people. Other handicapped people have more motivation to rise in life as well as attract more people with disabilities to participate in chess practice and competition,” she said.

Khu began playing chess in 2005 and was continuously selected to represent Vietnam at the ASEAN Para Games.

US: At least 8 killed in Georgia spa shootings