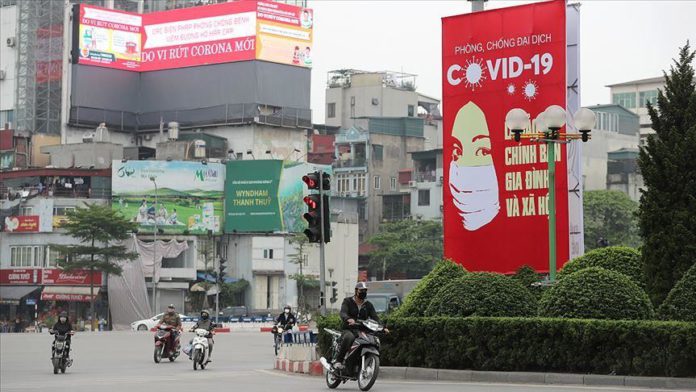 Vietnam announced that there had been no reports of indigenous cases of the novel coronavirus for 96 consecutive days, local media reported on Tuesday.

The new cases were incoming passengers who landed at Van Donn Airport in the country’s coastal northeastern province in Quang Ninh.

All passengers on the flight were quarantined.

Vietnam has quarantined over 11,000 in hospitals, health centers and at home.

Across the world, COVID-19 has claimed over 610,000 lives in 188 countries and regions since emerging in China last December.

More than 14.7 million cases have been reported worldwide, with the US, Brazil, India, and Russia currently being the worst-hit countries, according to figures compiled by the US’ Johns Hopkins University.

The data shows more than half of all people infected with the virus worldwide — over 8.3 million — have recovered so far.