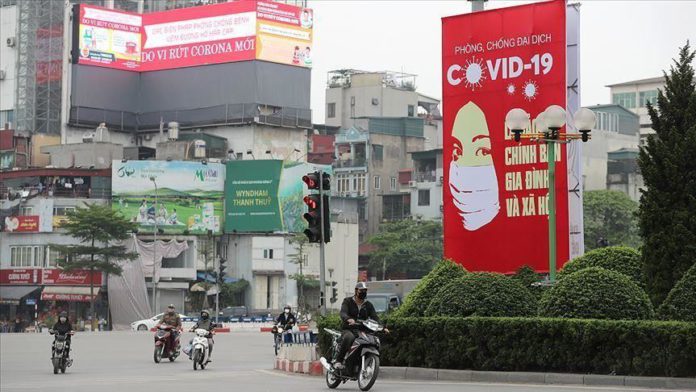 According to Hanoi-based English-language daily newspaper Vietnam News, both countries have reported their new infections on Friday after remaining virus free since April.

Earlier, the World Health Organization had praised Laos and Vietnam for successfully overcoming the pandemic.

After reporting the first infection on Friday, Vietnam recorded two more infections on Sunday bringing the total number of cases in the country to 420.

The new cases were reported in Da Nang city, a leading tourist centers in central Vietnam and Quang Ngai province in the South-Central Coast region of the country.

The authorities reimposed strict coronavirus restrictions in the city, closed tourist locations, banned all gatherings, and asked the people to wear masks, according to Voice of Vietnam, a local radio network.

On Sunday, the Civil Aviation Authority of Vietnam granted permission to local airlines to evacuate the stranded tourist from the central city of Da Nang.

“Vietnamese airlines are operating 11 routes from domestic airports to Da Nang International Airport with a total of approximately 100 flights per day,” the local Radio citing a Civil Aviation Authority of Vietnam official as saying.

Out of 420 cases reported in Vietnam so far, 276 are believed to be imported cases, with no deaths. As many as 365 patients have recovered.

The National Taskforce Committee for COVID-19 Prevention and Control of Laos on Sunday confirmed a new case after the country remained virus-free for 102 days.

A South Korean national who arrived in the country tested positive for the coronavirus, Vientiane Times, a local daily quoted the Deputy Head of the National Taskforce Phouthone Muongpak telling reporters

“Let us be clear about this. This is not a second wave. This is an isolated case that has been in quarantine ever since he arrived in Laos,” said Phouthone.

He added that the patient is so far in good condition.