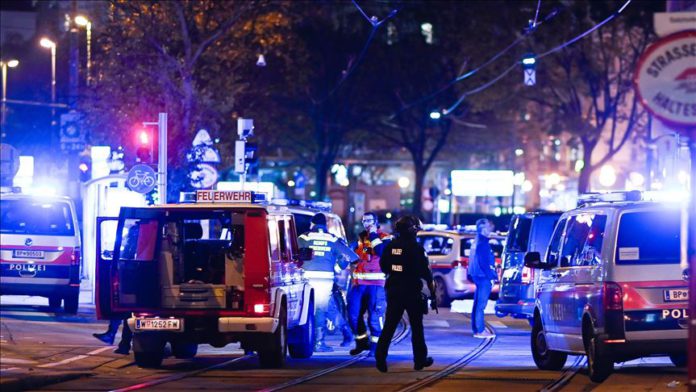 Monday’s terror attack in Austria’s capital, which left four dead and 22 others wounded, has sparked a debate about a possible intelligence failure or collusion.

The gunman, who was shot by the police, has been identified by the authorities as Fejzulai Kujtim, a sympathizer of the terror group Daesh/ISIS.

The 20-year-old, who had both North Macedonian and Austrian citizenship, was known to the police, for suspected links to the terrorists.

He was also under the radar of other European intelligence organizations.

But Austria’s domestic intelligence agency BVT failed to take on the warning, and even did not take any concrete action, according to the minister.

The Austrian parliament gathered on Thursday to mourn the victims and discuss serious questions raised by media and security experts after the worst terror attack in the country’s recent history.

Nehammer promised a thorough investigation through commissions of inquiry.

Some of the serious questions after the Vienna attack are as follows:

Why was the suspect released early from jail?

The suspect was jailed for 22 months in 2019 for attempting to travel to Syria to join terrorist group Daesh/ISIS.

But he was released early from jail in December last year, apparently due to his young age.

Austrian experts are accusing security agencies and the Justice Ministry for failing to notice further radicalization of the suspect during his stay in prison, and releasing him early.

Nehammer has confirmed that a few months ago Slovakia’s spy agency warned their Austrian counterparts that the suspect traveled to the neighbouring country in July to buy ammunition.

But Austria’s domestic intelligence agency did not take any concrete action, and did not pass this information on to the Austrian prosecutors or the Justice Ministry.

How did he acquire an automatic rifle?

Despite his radicalization and contacts with other suspected extremists, Austrian security agencies failed to closely monitor Fejzulai Kujtim’s movements and communication after he was released from prison.

The suspect was able to purchase an automatic rifle and ammunition for the terrorist attack, through his contacts.

Many politicians are now asking how this could not be detected by the Austrian intelligence services and are demanding an independent inquiry.

Austria’s opposition right-wing Freedom Party (FPO) claimed on Wednesday that Kujtim was in fact on a surveillance list of domestic intelligence agency, even on the day he carried out the terrorist attack in the heart of Vienna

FPO’s Herbert Kickl, who served as an interior minister between 2017 and 2019, accused the government of not telling the truth to people, and claimed that Monday’s terrorist attack could have been prevented.

Kickl said Austrian security agencies had planned a major anti-terror operation code-named RAMSES for Tuesday, against groups which the suspect had contact with.

The right-wing politician claimed that someone could have tipped-off this in advance to these groups, resulting in the suspect to carry out a terror attack a day earlier on Monday.