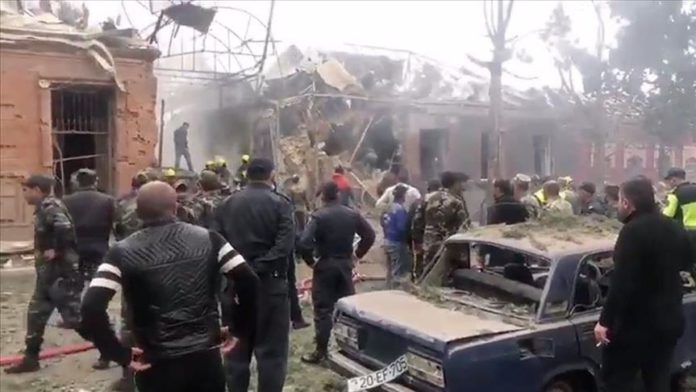 Agency drone footage is evidence that Armenian armed forces have been opening heavy artillery fire against the center of the Tartar region since Sept. 27, when it launched its current round of attacks on Azerbaijan.

The footage shows artillery fire from the Armenian side randomly targeting civilian homes in Azerbaijani territory.

Locals in the region tell Anadolu Agency that Armenian forces have been targeting the Azerbaijani village since Tuesday morning.

Civilians are hiding in shelters to avoid artillery fire.

A humanitarian cease-fire was agreed to on Saturday for the exchange of prisoners and retrieval of bodies in Upper Karabakh, an Azerbaijani territory under Armenian occupation.

From Sept. 27 until Oct. 13, at least 42 Azerbaijani civilians have lost their lives and more than 200 were injured, said the country’s chief prosecutor’s office.