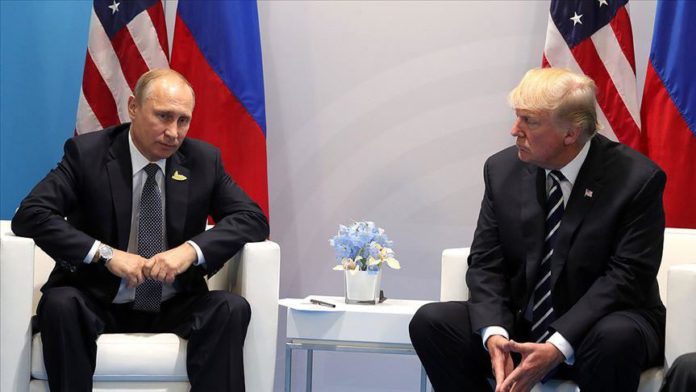 According to a statement published on the Kremlin website, Putin and Trump stressed the historical significance of the allied relations that linked Russia and the US during World War II, saying it “allowed to defeat a common enemy”.

In Russia, Victory Day is a holiday commemorating the surrender of Nazi Germany in 1945.

“Following these traditions, Russia and the United States are able to achieve a lot in solving acute problems of our time, including ensuring strategic stability, fighting terrorism, resolving regional conflicts, and countering epidemics,” the statement added.

The two presidents also positively assessed the bilateral cooperation in fighting the coronavirus and agreed to strengthen coordination in this direction.

Trump, for his part, offered to send some medical equipment to Russia to treat COVID-19 patients, according to the statement.

Also, Putin and Trump called “timely” the OPEC deal on oil production cut, noticing that it helped stabilize the situation on the global oil market.

In a separate phone talk with Macron, Putin praised the 75th anniversary of the victory in World War II as a common heritage of the allied states.

Discussing efforts to stem the coronavirus’s spread, Putin and Macron confirmed the importance of established bilateral cooperation in this area and talked about preparing a videoconference of the UN Security Council permanent members, with the fight against COVID-19 the main agenda item.

As for international issues, Putin and Macron focused on the situation in Libya, Syria and Ukraine.