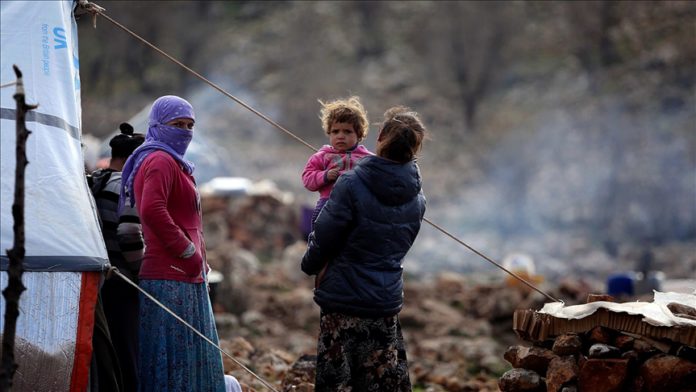 KIGALI, Rwanda (AA) – As the world marks the International Day of Elimination of Sexual Violence in Conflict on June 19, experts are debating the role of the international community in preventing sexual violence and delivering justice to victims in the Democratic Republic of Congo and elsewhere.

In an address to the UN Security Council, Patten shared real-life stories of survivors, including a mother and a daughter who fled a rebel attack on their village in the Democratic Republic of the Congo, only to be raped by government soldiers arriving to fight the rebels.

She also cited survivors of ISIS/Daesh captivity who, due to a lack of social acceptance, were forced to abandon their children, born out of rape.

“Each of these cases cries out for justice,” she said.

On whether there can be criminal responsibility for institutions that failed to protect women, Jean Damascene Ndabirora Kalinda, a law lecturer at Rwanda’s University of Kigali, says it is rare but possible.

He decried the “weakness” in international law in failing to provide for criminal responsibility for acts that constitute international crimes.

In March 2021, International Criminal Court (ICC) appeals judges upheld the conviction and 30-year prison sentence of Congolese warlord Bosco Ntaganda, known as “The Terminator,” who was found guilty of crimes including murder, rape and sexual slavery, committed in the mineral-rich northeastern region of Ituri in 2002-2003.

The judges outlined a list of atrocities carried out by Ntaganda’s men, including rape and sexual enslavement of young children.

The court heard the case of a 13-year-old rape victim who underwent years of surgery and developed a long-lasting fear that caused her to drop out of school.

Ntaganda went down in history as the first person to be convicted by the ICC for sexual crimes.

“Punishing the perpetrator of a crime at least shows the victims that the world is not against them, giving a deterrent message to other prospective criminals,” he said.

“Therefore, if all those who commit crimes were brought to justice it would help minimize future crimes.”

The conviction of Ntaganda was particularly significant, especially for victims, because the court recognized gender violence and acknowledged rape as a weapon of war.

Activists believe there is a chronic underreporting of wartime sexual violence, due to “stigma, insecurity, fear of reprisals, and lack of services,” which calls for proactive measures for survivors to safely come forward and seek redress.

While some survivors have broken their silence, many – fearing shame, isolation, and rejection – keep their pain to themselves.

Over the past 15 years, Congolese military courts have reportedly prosecuted a number of cases involving war crimes and crimes against humanity, but much still needs to be done to effectively address impunity for serious international crimes, according to rights activists.

Kalinda said states and international organizations that participate, facilitate in, or otherwise fail to prevent the commission of international crimes like sexual violence should also be held criminally liable.

He also underlined that when war crimes and crimes against humanity are committed, the perpetrators should be prosecuted without any bias, the victims compensated without delay, and those who need medical care and other facilities should be able to get them in a reasonable time.

According to the UN, conflict-related sexual violence does not occur in a vacuum.

It is rather linked with wider security factors such as economic hardship, social tensions, impunity and institutional weakness, many of which have been exacerbated by the advent and consequences of COVID-19.

– Is the world failing women?

The UN says needs of survivors of sexual violence cannot be put on pause, and neither can the response to such violence.

Beatrix Attinger Colijn, senior women protection adviser of the UN Stabilization Mission in the Central African Republic (MINUSCA), has highlighted limited access to justice for sexual violence victims, including social obstacles to reporting violence and a lack of service infrastructure in rural areas.

Humanitarian access to many regions has gone “from risky to impossible” due to numerous thefts of vehicles and bridges being deliberately destroyed.

Colijn underlined the importance of restoring the dignity and confidence of victims to regain control of their own lives.

“When history looks back on this painful episode – as part of the long litany of battles fought on the bodies of women and girls, from Bosnia, to Rwanda, Iraq, Syria and elsewhere – we will rightly be asked what we did to honor our commitments,” Patten said.