TurkishPress
Home News Via US general, Israel seeks to sway Biden over Iran 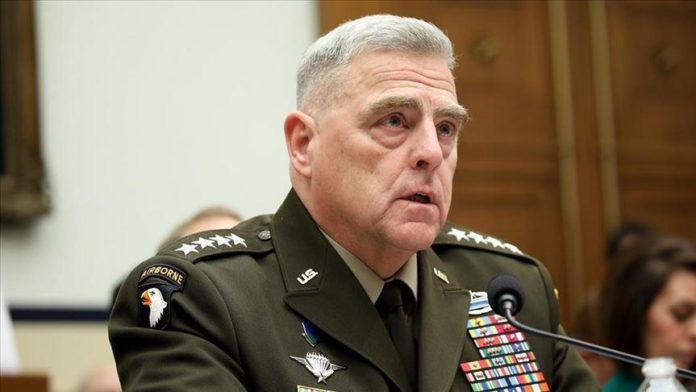 Israeli officials tried to use last week’s visit by the top US general to influence the incoming Biden administration’s policy on Iran and its nuclear activity, according to local media.

Israel hopes Mark Milley, the chairman of the Joint Chiefs of Staff, will help sway President-elect Joe Biden to agree with Israel’s policy on Iran and support the recent controversial normalization process with Arab countries, said Israeli media on Wednesday.

US plans on Iran are a point of concern in Israel, particularly the 2015 nuclear deal that President Donald Trump abandoned and Biden pledged to restore.

One major concern is that Biden will lift economic sanctions that the Trump administration has pummeled Iran with since the US withdrew from the deal.

One Israeli official told the media that Israel needs somebody to be “in the room” with Biden when he takes office to play a substantive role in any policy review.

The meetings were fraught with fears of Iranian retaliation over last month’s assassination of Iranian nuclear scientist Mohsen Fakhrizadeh.

The main message for Milley was that the Israelis hope Biden does not rush back into the 2015 deal. Israeli politicians who were at the talks say that is better to put more pressure now as Iran is in a weak position.

The policy gap between the Israeli government and the Biden administration maybe lead to tensions, which could mount if Netanyahu makes his objections to Biden’s policies a part of his campaign in the next elections in Israel, expected to be held next March.