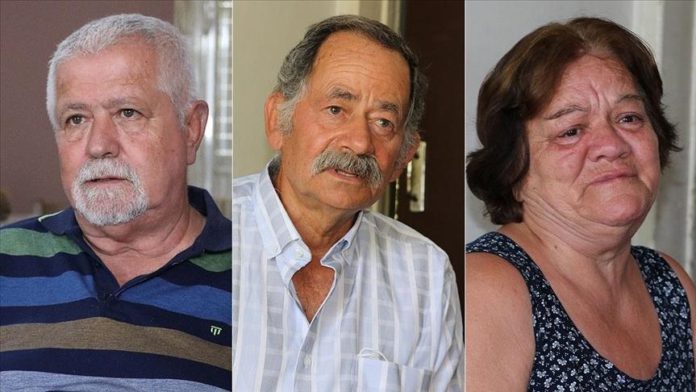 On its 47th anniversary, veterans recalled Turkey’s Cyprus Peace Operation launched by the Turkish Armed Forces (TAF) to bring peace and safety to the island and to the Turkish Cypriots who had suffered from years of persecution.

Yasar Gevrek and Ersoy Talug as 1974 Cyprus Peace Operation veterans told Anadolu Agency of their experiences and how the operation unfolded.

Reminding that from 1963-1974, Turkish Cypriots were oppressed by Greek Cypriots, Gevrek said: “We couldn’t even go to the sea due to the pressure of Greek Cypriots. We used to go to the pool instead of the sea.”

“Thanks to the Cyprus Peace Operation, we got rid of this pressure.”

He underlined that the operation liberated the Turkish Cypriots.

Talug said they could not go from one region to another from 1963-1974 and that the Greek Cypriots interrogated the Turkish Cypriots at barricades set up on the roads and that many people disappeared at these barricades.

“We suffered a lot from the Greek Cypriots from 1963-1974. They constantly insulted and humiliated us,” he said.

“When the Turkish soldiers came to the island in 1974, we were happy. We hugged each other and wept tears of joy because we were now freed from the tyranny of the Greek Cypriots.”

He also expressed his support for the two-state solution model on the island.

Every year, the Turkish Republic of Northern Cyprus (TRNC) celebrates July 20 as Peace and Freedom Day to mark the operation – a large-scale military intervention to protect Turkish Cypriots from violence that struck the island in 1974.

In 1974, a Greek Cypriot coup aimed at Greece’s annexation led to Turkey’s military intervention as a guarantor power to protect Turkish Cypriots from persecution and violence.

​​​​​​​The island has seen an on-and-off peace process in recent years, including a failed 2017 initiative in Switzerland under the auspices of guarantor countries Turkey, Greece and the UK.

The Greek Cypriot Administration entered the European Union in 2004, the same year that Greek Cypriots thwarted a UN plan to end the decades-long dispute.