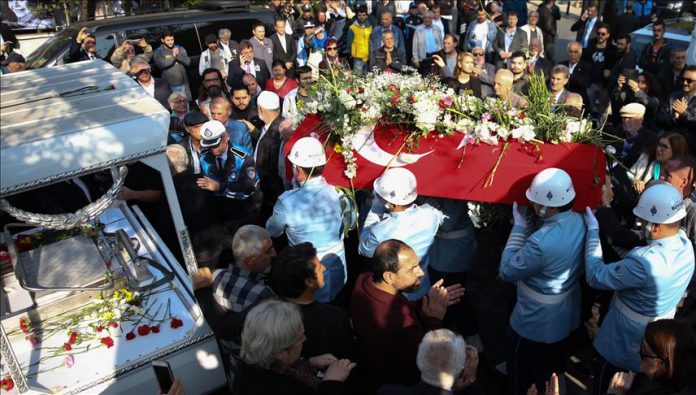 Veteran Turkish actress Yildiz Kenter was laid to rest in Istanbul on Tuesday.

Kenter died at the hospital on Sunday where she was getting treatment for lung cancer. She was 91.

“I’m so sad. This is tearing my heart out,” said Elvan Kenter, the niece of the late actress.

Ilber Ortayli, a veteran Turkish historian, said: “Her loss is a big deal not only because she established her own private theater, but also her competence in