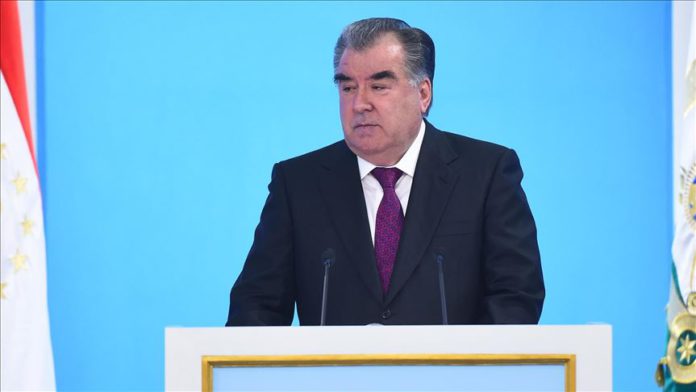 Tajikistan’s veteran President Emomali Rahmon has won his fifth term, receiving 90.92% of votes, the head of the central election commission said on Monday.

Bahtiyar Hudayarzade told a press conference that the voter turnout was 85.39% in Sunday’s election — 4.2 of 4.9 million registered voters exercised their democratic right.

As many as 3,375 polling stations were established in 68 constituencies.

Hudayarzade said Agrarian Party leader Rustam Latifzadeh received 3.03%, while Abduhalim Gafarov, the chairman of the Socialist Party of Tajikistan, got 1.49% of the votes.

Rustam Rahmatzoda, the leader of Party of Economic Reforms, won support of 2.15% of the voters, while Communist Party Chairman Miroj Abdulloyev secured 1.17% of the votes.

The Tajikistan president is elected for a 7-year term. The last elections were held in 2013, also won by Rahmon. The 68-year-old is running the Persian-speaking nation of 9.5 million people since 1992, a period including a civil war.

Thousands march in Argentina to protest government’s deal with IMF