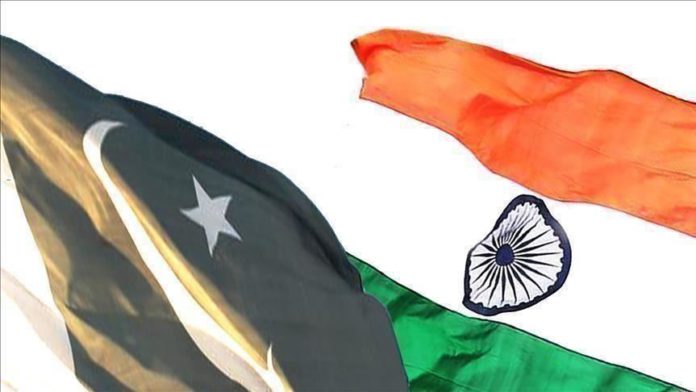 “I won’t say a zero chance but there are very dim chances of a war between the two neighbors involving nuclear arsenal despite escalating tensions,” Samar Mubarakmand, a former chairman of Pakistan Atomic Energy Commission (PAEC), and head of a team of the scientists that conducted six “successful” nuclear tests in remote Chaghi district of southwestern Balochistan province on May 28, 1998.

Islamabad’s move had come only two weeks after New Delhi conducted five nuclear tests during a period of May 11-13,1998 in Pokhran range of Rajasthan state, which borders Pakistan’s southern Sindh province, triggering a new arms race in the already tense region.

“Pakistan had no other choice but to pay India back in the same coin after its nuclear tests to maintain strategic balance in the region,” Mubarakmand said.

Already heightened tensions between the two countries plummeted to a new low after New Delhi scrapped the longstanding special status of disputed Jammu and Kashmir region last August following an air combat between the two air forces in February 2019.

Since then, the two border forces have been engaged in almost daily clashes at the Line of Control (LoC), a de factor border that splits the scenic Kashmir valley between the two rivals. Apart from Kashmir, the two countries have been locked in a string of sea-and-land disputes, amid several “successful” missile tests.

“The leadership of both countries are fully aware of the catastrophe a nuclear war can cause. They won’t go for that option no matter how tense the situation is,” observed Mubarakmand, who served at PAEC from 1962 to 2007 and played a key role in developing the country’s nuclear program.

Conventional provocations, he said, would continue between the two longtime rivals but, he reckoned, both sides would not “cross the limit” to go for nuclear option.

“Both countries have long been reeling from poverty, illiteracy, and other health and economic issues. Wars or undue competition in arms race are not in the interest of the two nations,” he maintained.

India boasts the world’s third-largest army after the US and China, with an active troop strength of over 1.3 million. Pakistan, meanwhile, stands eighth on the list with a 600,000-man army.

India has been the second-largest arms importer in the world over the past five years, with Pakistan ranking 11th, according to Sweden-based Stockholm International Peace Research Institute (SIPRI).

Pakistan and India are among a few select countries with nuclear arsenals. India joined the nuclear club long before Pakistan, in 1974, prompting Islamabad to follow suit. Pakistan silently developed its own nuclear capability in the 1980s, when it was an ally of the US in the first Afghan war against the crumbling Soviet Union.

According to the SIPRI, India currently possesses between 80 and 100 nuclear warheads, while Pakistan holds between 90 and 110.

Meanwhile, a number of international think tanks, which blame China for assisting Pakistan’s nuclear program, believe the size of Islamabad’s nuclear arsenal will cross the 200-mark within the next five years.

Mubarakmand opined that Islamabad’s nuclear capability had served as a “deterrence” to avert further wars between the two countries.

Since 1998, he observed, there were at least three occasions when the two nuclear-armed neighbors were on brink of a full-fledged war. He was referring to 1999 Kargil skirmish, 2002 terrorist attack on Indian parliament, and 2008 Mumbai attacks.

“India’s conventional military capability is four time higher than that of Pakistan. But, their parity in terms of nuclear arsenal, has neutralized India’s superiority,” asserted Mubarakmand, who did his doctorate in experimental nuclear physics from Oxford University.