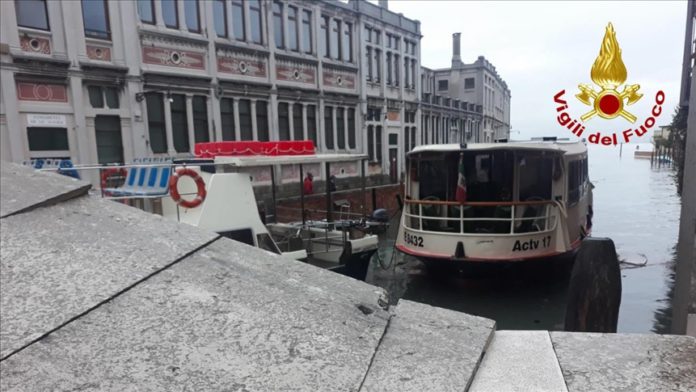 Italy’s historic city of Venice was left partly under water after a flood defense system did not work on time due to a mistaken weather forecast, local media reported Wednesday.

A system of retractable flood barriers that is designed to work when high tides reach 1.3 meters (around 4.3 feet), failed to activate because Tuesday’s tide was only predicted to rise to 1.2 meters.

As a result, it was too late by that time to prevent flooding, according to the Italian news agency ANSA.

The electromechanical barriers, called MOSE, or “Modello di Supporto Elettromeccanico” in Italian, were installed in October this year to protect the city from high tides in a project that cost around seven billion euros (US$8.4 billion).

Construction of the MOSE project, developed to protect Venice and its lagoon from 3-meter tides as well as water that could rise 60 centimeters in 100 years, took 17 years to complete.

Last year in Venice, waters reached their second highest level in history at 187 centimeters (6.1 feet), causing havoc in the city.

Following the disaster in November 2019, work was accelerated for the completion of the project.

The system prevented flooding in October thanks to the alarms and timely activation.