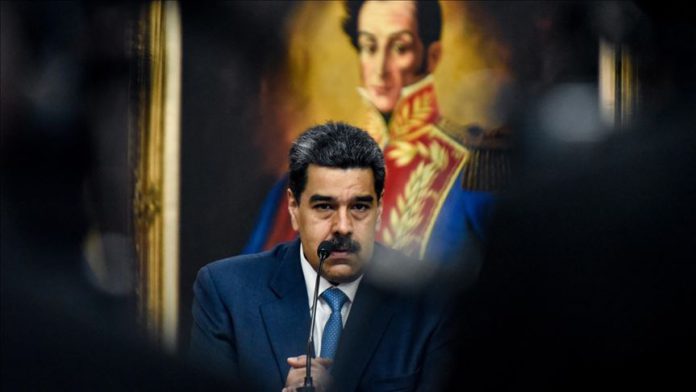 Venezuelan President Nicolas Maduro said Monday he would be willing to meet with his US counterpart if necessary.

“I would meet with President Donald Trump just as I met with [former US Vice President Joe] Biden” in 2015, Maduro told the country’s news agency AVN, mentioning that he and Biden “talked at length and in a respectful way.”

Maduro met with Biden during Dilma Rousseff’s swearing-in ceremony for her second term as president of Brazil.

Trump on Monday walked back some recent comments he made on Venezuela, saying he would only meet with Maduro to discuss the leader’s departure from power.

The remarks come a day after the Axios news website published an interview with Trump in which he expressed second thoughts about throwing his support behind Venezuelan opposition leader Juan Guaido, who is in the midst of a power struggle with Maduro.

Also, the White House said Monday that their support for Guaido will continue.

“Nothing has changed. He [Trump] continues to recognize Juan Guaido as the leader of Venezuela,” said spokesperson Kayleigh McEnany.

Diplomatic relations between Caracas and Washington have been on a knife’s edge since early 2019 as Guaido continues to call for Maduro to step down from power with Venezuela experiencing a crippling economic crisis.

The country has long founded its economy on oil exports, and as the price of crude has been depreciating to record lows, it has sunk Venezuela’s economy. The US has also embarked on a full-scale diplomatic and economic pressure campaign to wrest Maduro from power, further spiraling the already beleaguered economy.

The US recognizes Guaido as Venezuela’s interim president and is backing his attempts to take charge in the Latin American nation.

US: Lady Gaga offers $500K for return of stolen dogs