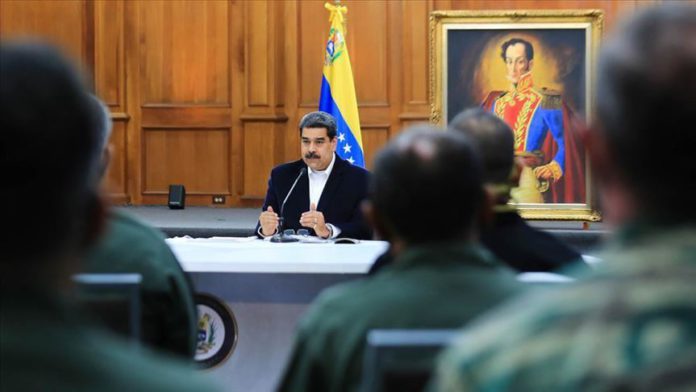 Venezuelan President Nicolas Maduro has decided to pardon more than 100 leaders of the opposition, including 26 deputies, as the country heads toward parliamentary elections scheduled for December.

“The intention is to deepen the process of national reconciliation in view of the next electoral process,” Communications Minister Jorge Rodriguez said Monday in a televised news conference.

The list includes politicians who are outside Venezuela but have open judicial processes in the country and others who are jailed such as deputies Gilber Caro and Renzo Prieto.

Among those who will benefit from the measure are lawmakers who are refugees in embassies or in exile such as Freddy Guevara, Miguel Pizarro and the right-hand man of Juan Guaido, Roberto Marrero, who served as chief of staff to the opposition leader.

Maduro is seeking to boost participation in the upcoming elections, which part of the opposition has vowed to boycott on the grounds that they are manipulated.

Rodriguez said the government’s intention is not to pressure the opposition to take part in the upcoming vote.

“There is no intention on the part of the signatory of the decree, President Maduro, to know if any of these people who have received a pardon decide to participate as candidates or not,” he said. “Therefore, there are no conditions established in the decree and the participation in the electoral event.”

The release is likely a product of the negotiations that the government is holding with a sector of the opposition led by Henrique Capriles, twice a presidential candidate.