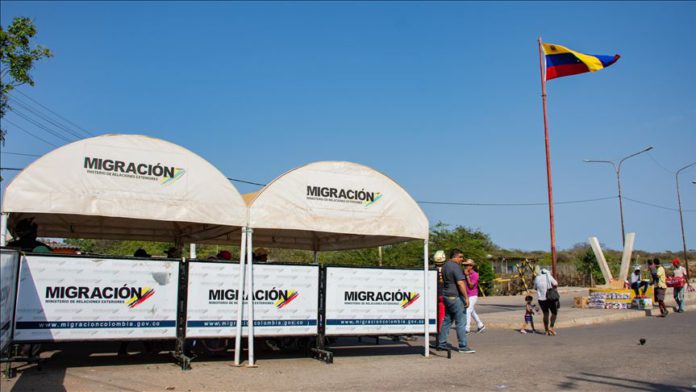 Colombian authorities said Friday that a total of 2 million Venezuelan migrants are expected here when coronavirus restrictions are lifted and the economy reopens.

Thousands of Venezuelans are leaving and returning to Colombia as the government begins to revive the economy.

As neighboring countries shut down economies in hopes of stopping the spread of the coronavirus in March, more than 100,000 Venezuelan migrants returned home.

Venezuela reported 81,019 COVID-19 cases and 678 deaths Friday. The figures are smaller than other countries in hard-hit Latin America, causing opposition politicians to announced they will launch a plan that includes “verbal autopsies” due to a possible under-reporting of coronavirus cases.

Residents will be contacted by “trained doctors” who will perform a “verbal autopsy” on a deceased relative to try to determine if the death was caused by the virus or a disease associated with the virus, the opposition said in a statement.

The 28-year-old from Mauritania and a 50-year-old of Haitian origin, advanced along the border with a group of about 10 people until they reached Panama, where they died.

There are more than 2,000 migrants in government camps in the Darien jungle and 500 in a camp near the Costa Rican border. The majority are Haitians traveling through countries hardest hit by the pandemic, including Colombia, Brazil, Panama and Mexico, attempting to reach the US.

Panama reported nearly 120,000 cases and 2,474 deaths, according to the Johns Hopkins tally.

Bolivian laboratory, Sigma Corp, joined Friday with Russia to produce and export to other Latin American countries a medicine for patients with coronavirus and to distribute the Russian vaccine, Sputnik V.

Sigma will produce the antiviral Avifavir, by the end of the year “to supply our population,” said Sigma’s Head of Research and Development Guillermo Olmedo at a news conference with the Russian ambassador.

Avifavir has already begun to be used in patients and has shown “encouraging” results in Boliva, said Olmedo.

Bolivia has nearly 138,000 cases, according to health authorities.

Health Minister Enrique Paris said the country has seen a “significant” decrease in daily infections in the last week, although 1,575 cases and 77 deaths have been recorded since Wednesday.