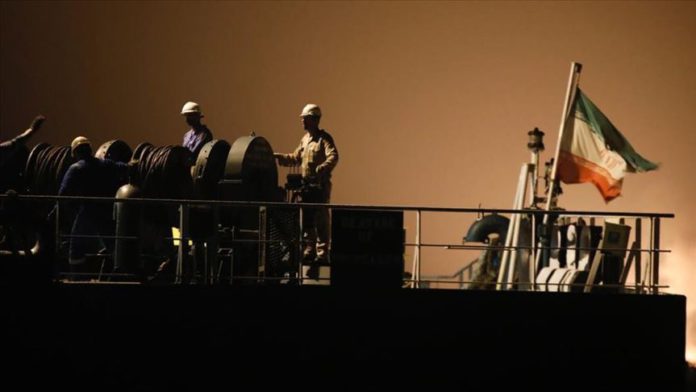 Venezuelan President Nicolas Maduro thanked Iran over the weekend as the first of five tankers sent by Tehran with fuel neared one of the country’s ports, saying he will not “kneel” before the United States.

“Venezuela and Iran both want peace,” Maduro said in a televised state address. “We have the right to trade freely.”

Tehran had warned of “consequences” if the US blocked the tankers, which are carrying 1.5 million barrels of fuel. The ships are arriving in defiance of threats and stiff sanctions by the Trump administration, which disapproves of the relationship between Caracas and Tehran.

US officials have expressed concern over Iran’s activities in Venezuela.

The docking of the tankers coincides with a severe fuel shortage that has worsened during the COVID-19 quarantine in Venezuela. Oil production has fallen to about 600,000 barrels a day from 3 million barrels per day a decade ago, according to the Organization of the Petroleum Exporting Countries (OPEC), of which Venezuela is a member.

The arrival of the rest of the tankers will take place in the next few days.

“Venezuela has friends in this world and courageous friends who stand by our Venezuelan homeland!” Maduro said in thanking Iranian President Hassan Rouhani and supreme leader Ayatollah Ali Khamenei for their support.

Sandy Hook families in US reach $73M settlement with gunmaker