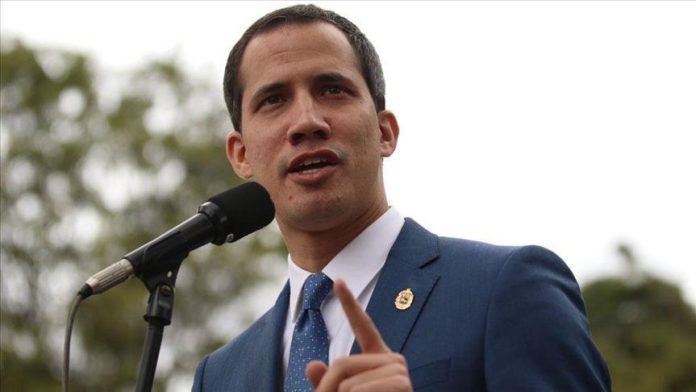 Venezuela’s opposition leader Juan Guaido on Wednesday welcomed the US’ commitment to restoring democracy in the Latin American country.

Remarks of Guaido, who proclaimed himself interim president in 2019 to oust President Nicolas Maduro’s government and recognized by more than 50 countries, came a day after Washington reiterated its support for him and his referendum challenging the results of Dec. 6 (6D) National Assembly elections.

“We appreciate the firm and determined commitment of the United States to Venezuela in its fight to restore democracy,” he said on Twitter. “The 6D electoral fraud only deepens the serious crisis that the country is suffering and the international community only recognizes it as a manipulation of the regime.”

According to official results by Venezuela’s National Electoral Council, Maduro regained control of the opposition-led assembly as his party United Socialist Party of Venezuela’s bloc received 67.6% of the votes — in an election boycotted by the main opposition parties.

Guaido’s opposition movement then started a referendum set to be closed on Saturday, asking Venezuelans whether they want to end Maduro’s rule and hold new presidential elections.

“From December 7 to 12, the Venezuelan people will have the opportunity to voice their opinion of the illegitimate Maduro regime through the Consulta Popular, or People’s Vote,” US Secretary of State Mike Pompeo said Tuesday, referring to the referendum.

“It is an opportunity to voice their support for a transition to democracy in Venezuela and reject the regime’s fraudulent legislative elections.”

“In the parliamentary elections of #6Dec we discovered a plan that was hatched in Colombia to assassinate me. That is why I took legal and security measures,” Maduro tweeted on Tuesday.

The president said he cannot share further details to not harm the ongoing investigations.

“They could not do and will not able to do!” he added.

Maduro has mentioned the situation earlier in a news conference, explaining the reason why he changed his voting center ahead of Election Day.

In a separate tweet, he stressed that the new Nasional Assembly will have two “vital” themes to work on: economic recovery and political dialogue for reconciliation, and the electoral route of the country.

“Let’s put sectarianism aside, we are going to write a new history,” he added.

Russia says it follows US actions on Ukraine 'with great concern'