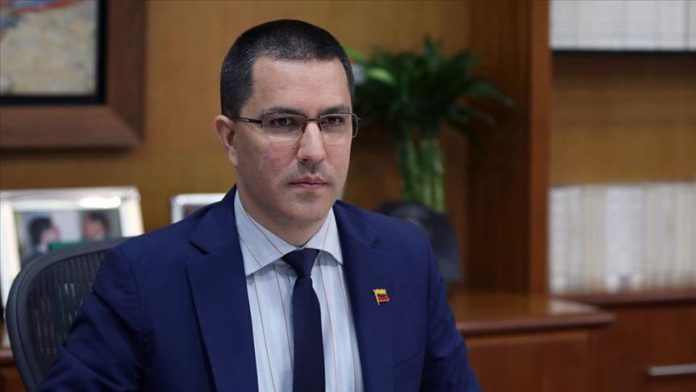 Venezuela expelled the EU’s ambassador in response to sanctions the bloc imposed against Venezuelan officials earlier this week.

Arreaza’s remarks were made after he met Brilhante to discuss the situation. The meeting included diplomatic representatives from France, Spain, the Netherlands and Germany.

The Venezuelan National Assembly urged Maduro on Tuesday to declare Brilhante “persona non grata” to proceed with her expulsion.

The Assembly also demanded a full revision of the EU’s presence in Venezuela.

“I vote with both hands for the EU representative to be declared persona non grata,” Assembly Speaker Jorge Rodriguez said while calling for a vote.

This decision comes after the EU decided Monday to sanction 19 Venezuelan officials for “undermining democracy” in the South American country.

The EU has sanctioned 55 Venezuelan officials, freezing assets in the EU and blocking travel to member states.

Trump: US navy to ‘shoot down’ harassing Iranian ships