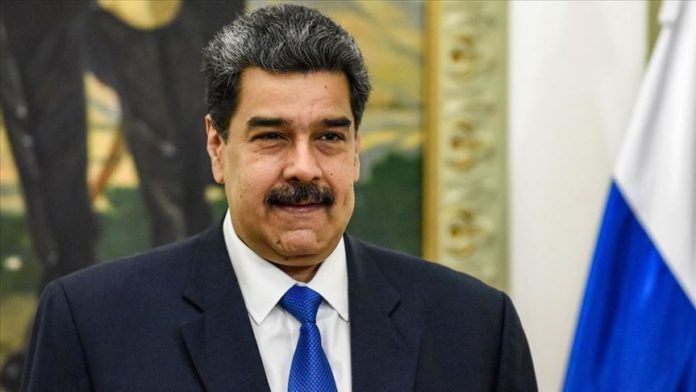 “In this group were members of Donald Trump’s security team: Airan Berry, a professional mercenary of the United States, and Luke Denman. They are already declaring,” Maduro said in a televised speech late Monday regarding the second foiled “terrorist actions” against his government.

The president accused the US and Colombia of being the perpetrators of the raids and said Venezuela already denounced the latest evidence before the UN.

Maduro showed passports and documents “belong to the two arrested Americans,” as well as photos of alleged weapons, walkie-talkies, uniforms and other military instruments used during the raids, claiming all has Colombian and American origin

Authorities said they thwarted a first assault attempt in the early hours of Sunday that was carried out by Colombian “mercenaries” in the coastal Macuto city of Vargas state, about 30 kilometers (19 miles) north of Caracas — which left eight people dead.

The second group of suspected attackers was intercepted on the coast of the territory as well, according to Maduro.

The US government “is fully and completely involved in this defeated raid,” said Maduro. “The US government decided to use the time of the pandemic to fill Venezuela with violence and have the justification for another military escalation of threats, intervention and to divert attention from the COVID-19 crisis.”

The US is the country hardest-hit by the global pandemic with nearly 1.2 million confirmed cases almost 69,000 fatalities, according to a running tally by Maryland-based Johns Hopkins University.

Turning to Colombia, Maduro said weapons recently captured in Colombia and by its police were going to former Venezuela’s military man Robert Colina Ybarra, alias Pantera. Then the Colombian government discovered the presence of retired Venezuelan Maj. Gen, Cliver Alcala and declared the weapons were theirs, Maduro added.

“Under the protection of the Colombian government, an agreement was made to apparently take this traitor [Alcala] to the United States,” he said, noting Alcala signed a contract.

“This investigation had been going on for some time, and we have had good sources of information,” said Maduro. “We knew everything.”

“We were able to uncover this terrorist incursion, knowing that the United States government delegated to the DEA [Drug Enforcement Administration] for the preparation of this action and in a private company (SilverCorp) all its operational planning,” he said.

The president said his government had information about the start of operations since Friday and all protection mechanisms were activated for the coast.

He ordered the Bolivarian Shield to be activated Sunday in defense of the homeland with 25,000 soldiers of security forces, including army and police.

Pointing to Florida-based former Green Beret Jordan Goudreau, Maduro said he left evidence of the contract with the opposition.

Maduro referenced an interview with The Associate Press in which Goudreau, who owns private security firm SilverCorp USA, details an operation to overthrow his government.

Goudreau “is directly linked to the White House, he recognized the signing of a contract where a group of stateless people agreed to pay him millions of dollars to fill the country with violence,” said Maduro.

Goudreau claimed responsibility for the operation and told the news agency he was working with two US citizens on a, Operation Gideon, launched early Sunday to “liberate” Venezuela and capture Maduro.

He confessed he signed a contract with US-backed Venezuelan opposition leader Juan Guaido to overthrow Maduro. Guaido has denied the allegation.

“The opposition tried to deny the facts, to mock, while the US government opted for silence. Forty-eight hours later, they have said nothing,” Maduro said.

Venezuela has been under firm US economic and diplomatic sanctions for more than a year as Washington recognizes Guaido as the country’s legitimate ruler instead of elected President Maduro.

The US indicted Maduro and several key aides on alleged charges of narcoterrorism.

US State Secretary Mike Pompeo said Friday that “multilateral effort to restore democracy in Venezuela is continuing to build momentum” and he “updated plans to reopen the US Embassy in Caracas.”

The embassy, which closed 2019, will reopen in Caracas as soon as Maduro “steps aside” under the plan for a “democratic transition.”