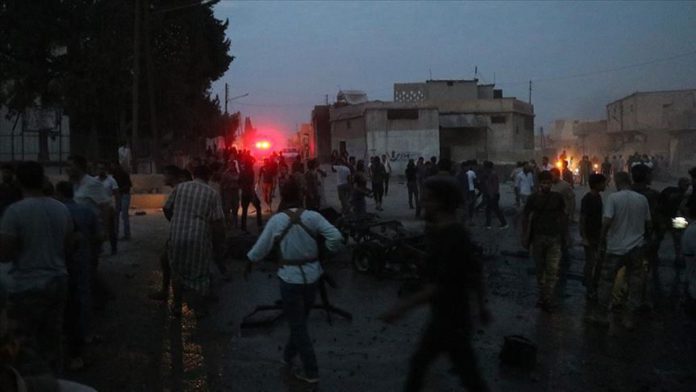 At least six civilians, including three children, were killed and seven others injured in a bomb attack in northeastern Syria on Tuesday.

The explosives-laden vehicle blew up in the southeast of the town of Tal Abyad, according to a security source who asked not to be named due to restrictions on speaking to the media.

Local security forces suspect the YPG/PKK terror group may be behind the attack.

Four of the injured civilians, who were in critical condition, were brought to Turkey, the source added.

Tal Abyad was cleared of terrorists last October during Turkey’s Operation Peace Spring, which was launched to eliminate YPG/PKK terrorists from east of the Euphrates River to secure Turkey’s borders, aid in the safe return of Syrian refugees and ensure Syria’s territorial integrity.

Residents of Ukrainian village in Kyiv region trying to return to...