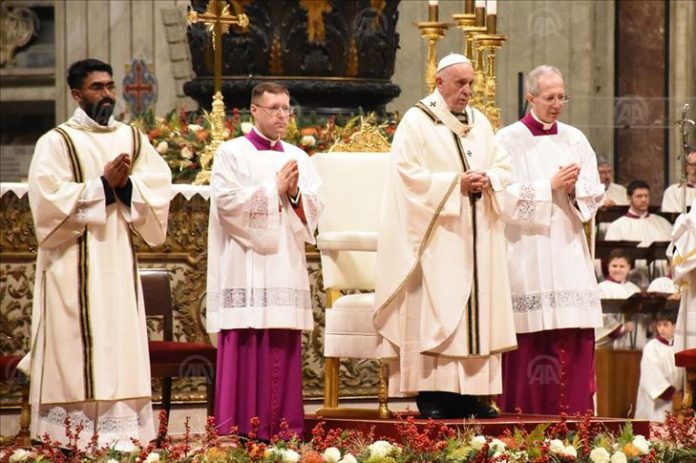 In the ceremony at St. Peter’s Basilica, the Pope sanctified those who attended the ritual and commemorated the birth of Jesus Christ.

The spiritual leader of the Catholic world will deliver the traditional Urbi et Orbi address to the faithful in St. Peter’s Square at noon on Christmas Day.