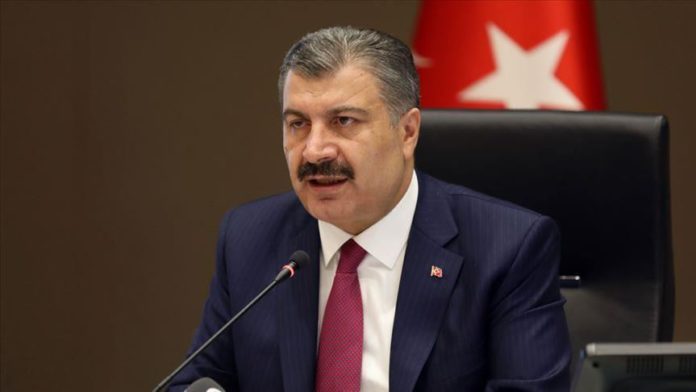 After battling the virus since March, Turkey is again seeing a rise in the number of COVID-19 cases in some areas, said the country’s health minister on Thursday.

After speaking with local health officials in Van, eastern Turkey, Fahrettin Koca said rises in coronavirus infections had put the province in the spotlight.

“This is one of the provinces where we’ve recently seen a large increase in the number of patients,” he told reporters, ahead of inaugurating a satellite World Health Organization Office later today.

“The jump in the number of patients in Van is almost double compared to last month, and when we look over the last week, it climbed around 17%.”

Since Van started seeing a sharp rise in cases three weeks ago, Koca said that officials have been taking swift action to get the outbreak under control.

“I can say that there is no problem in our health institutions in this sense at the moment. We rapidly scaled up our contact tracing teams from 80 to 128,” he stressed.

He added that Turkey is one of the best countries in contact tracing to fight disease.

“I want to stress another important issue. Unfortunately, the increase in the average age of patients is fueling a rise in patients in critical condition and deaths,” he said.

“Our population 65 and over in Van is 4.2 %. However, unfortunately, our rate of patients 65 and over is 15.6%. In other words, we see that there are nearly four times the number of cases than the over-65 population,” he added.

But he painted a brighter picture for other nearby provinces in the east and southeast, saying: “We saw 30% to 70% decreases [in cases] compared to a few weeks ago in Diyarbakir, Sirnak, Batman, Mardin, Sanliurfa and Siirt provinces.”

He again underlined the importance of wearing masks, keeping social distancing, and proper hygiene to stem the virus’ spread, asking people to follow these measures.

Across the world, COVID-19 has claimed more than 904,000 lives in 188 countries and regions since last December.

The US, India, Brazil, Russia, and Peru are currently the worst-hit countries.

Some 27.9 million COVID-19 cases have been reported worldwide, with recoveries of nearly 18.8 million, according to figures compiled by the US’ Johns Hopkins University.

Hungary will not send troops to fight in Ukraine: Official