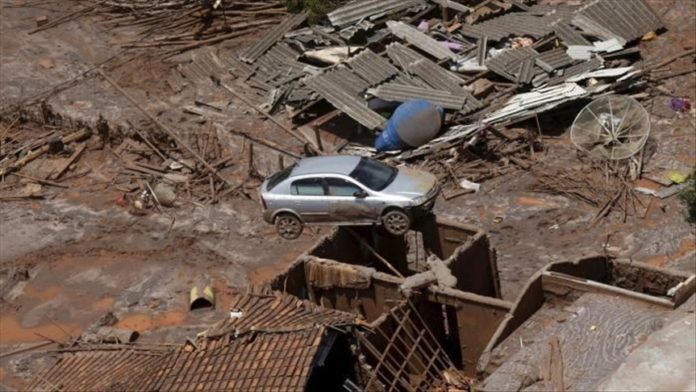 An agreement was signed Thursday between a giant mining company and the Minas Gerais state government, two years after the collapse of the Vale dam in Brumadinho that killed 270 people and caused an environmental disaster.

The 37.69 billion Brazilian reais ($7 billion) makes it the largest judicial remedial action ever in Latin America.

About 30% of the amount will go to investments in the city, whose economy was destroyed by the tragedy. The agreement also provides 9.17 billion reais ($1.69 billion) for the affected population.

The 2019 dam collapse is considered one of the world’s worst-ever mine disasters.

There are still 11 people missing and the fire department is still conducting searches.

The government of Minas Gerais said the deal does not prejudice individual actions being processed in the justice system.

“[The agreement] Does not remove any responsibility from the company, but imposes new obligations, in addition to recognizing the mining company’s responsibility,” it said in a statement.

The deal was reached after four months of negotiations and 200 hours of meetings, which involved Governor Romeu Zema and Attorney General Augusto Aras. It does not involve criminal actions against Vale.

“I’m sure the loss of those lives was not in vain,” said Zema.

But representatives and family members of the victims have been complaining from the start that they were never heard or called to participate in talks. They protested Thursday in front of the Court of Justice during the hearing.

The Brumadinho municipality also did not participate in the negotiations, despite having asked the court to follow.

The city has a list of demands it considers important to be met with the amount of the repair but does not know whether they will be included in the agreement.

Money will be invested in projects defined by the affected communities in Brumadinho and the Paraopeba River Basin, such as income transfer programs, environmental recovery and protection, water security, mobility and strengthening of state public services, among others.