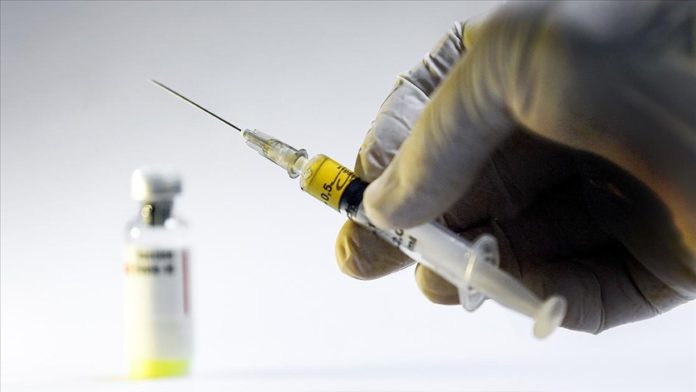 Vaccination efforts and strict following of COVID-19 measures stand as key factors to keep the outbreak under control as more infectious variants of the virus are recorded around the world, according to a recent research.

The disease, which emerged in the Wuhan city of China in late 2019, has mutated into three variants reported in the UK, South Africa, and Brazil, and they pose a global health risk given their higher rates of infection.

In a joint study launched by the Turkish Society of Clinical Microbiology and Infectious Diseases, Turkish Microbiological Society, Society for Clinical Microbiologists of Turkey, and the Association of Public Health Specialists, healthcare authorities evaluated the risk potential of the virus and the emergence of new variants.

According to the study, the fundamental reason behind the emergence of such variants is the virus’s circulation among people.

So, prevention of every single COVID-19 case, vaccination, and restriction measures, along with active monitoring of the recorded cases are the most important methods in fight against the fresh mutations, the report said.

It further noted that the new variant in the UK, VOC (Variant of Concern) 202012/1 emerged in the second half of September 2020, and quickly became dominant despite the country’s tight measures.

The available data suggests that the mutated virus has a higher fatality rate and is more contagious, and puts significant pressure on the healthcare system with rising numbers of cases, deaths, and patients in critical condition.

The research also said there is a lower possibility that vaccines or immunization developed following natural infection would be adversely affected by the new strain which triggered a surge of cases within Portugal, Switzerland, and Denmark.

The second variant “B.1.351”, according to the assessments, was seen during the second wave in December 2020 in South Africa.

The early studies demonstrated that this variant may be resistant to the neutralization developed by natural infection and post-vaccination antibodies. It was also detected that these mutations reduced the effectiveness of some antibodies used for treatment.

Dominant in South Africa, it has a high rate of infection, however, whether it has any impact on the course of the disease or not is yet to be detected.

The Brazilian variant “P1” is currently common in the state of Amazonas. This variant is described as highly risky due to its possible spread among those who recovered from the disease and remains under tight monitoring like the other variants.

The effect of the Brazilian variant on the course of the disease and its fatality rate are not known yet. It has also been detected in Japan and South Korea among those with Brazil-related travel history.

The mutated versions of the virus, first detected in 17 cities among 128 patients as of Jan. 29, has so far infected 199 people in 23 provinces of Turkey.

While 196 of those cases are of the UK variant, the two of them are linked to the South African, and one to the Brazilian.

COVID-19: Chinese team due in Nigeria despite hostility