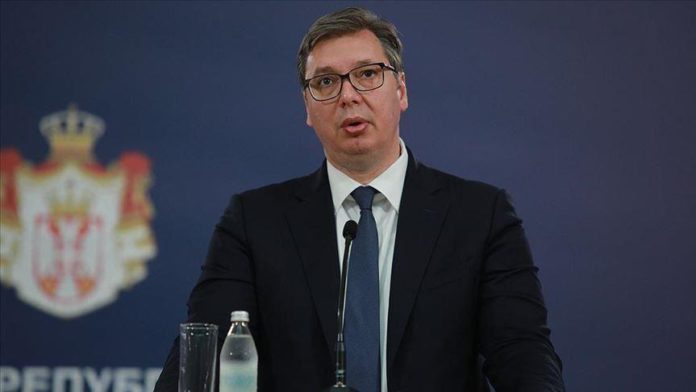 Serbian President Aleksandar Vucic on Saturday criticized the idea of a COVID-19 vaccine passport, describing it as “shameful.”

Tourist-reliant European nations such as Greece and Spain have urged the quick adoption of an EU-wide certificate for travelers to show they have been vaccinated.

Austria backed the idea while France and Germany, have shown more reluctance, with officials saying it would create a de facto vaccination obligation and result in discrimination.

Vucic said that he is shocked by the idea and described it as “meaningless” and “anti-European.”

If implemented, he said, many young people would want to be vaccinated faster and that could destroy the priority vaccination system under which elderly people are given priority.

“I know that [French President Emmanuel] Macron and [German Chancellor Angela] Merkel were against that in the beginning, but obviously the pressure is huge,” Vucic told Serbia’s TV Prva.

Serbia is ahead of the European Union and Western Balkan countries in vaccination against the novel coronavirus.

Pakistan to set up 18 markets along Afghan, Iran border