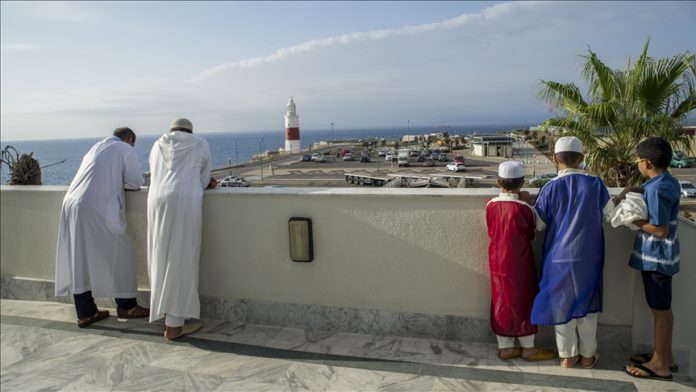 Gibraltar is saying goodbye to nightly curfews on Thursday, as the tiny British overseas territory has reported no new coronavirus infections recently amid a world leading vaccine rollout.

With curfew gone, bars and restaurants in the rocky outcrop on the southern tip of the Iberian Peninsula will be able to open until 2 a.m. for the first time in more than a year.

The territory is scrapping its outdoor mask mandate as of Sunday, although face masks will still be required indoors.

Gibraltar, with a population of around 33,000 people, has virtually vaccinated its entire adult population.

The vaccination effort has driven new infections down to zero for the past several days. There are also no confirmed COVID-19 patients in the nation’s hospital.

“We are at last leaving behind us our deadliest winter and entering our most hopeful spring,” Gibraltar’s Chief Minister Fabian Picardo said in parliament on Monday.

For the majority of the pandemic, Gibraltar kept coronavirus infections relatively low. But a post-Christmas surge fueled by the UK variant left the territory reeling from one of the highest infection rates in the world.

After a hard lockdown, the country gradually began to ease restrictions in February. That coincided with an influx of vaccines being sent by the British government.

The territory’s Health Minister Samantha Sacramento said 97% of people agreed to get vaccinated.

Gibraltar is even going further than most countries with vaccines. Not only is it offering jabs to foreign workers from Spain, it is also vaccinating people older than 16, not 18, to bring down infections in schools.

“Given the density of the population in Gibraltar and our many multi-generational households, combined with schools reopening, our aim is to focus as much as possible on preventing the spread of this disease,” Sacramento said last month.

While Gibraltar may now provide a tantalizing preview of what life could look like once vaccination is complete, the nation’s officials remain cautious.

“The pandemic isn’t entirely behind us, and we must all move forward carefully to safeguard this incredible progress in the weeks and months ahead,” said Picardo.