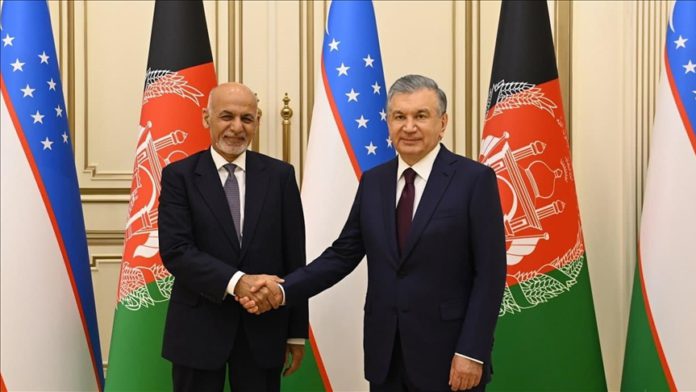 Top Afghan and Uzbek leaders agreed in a meeting on Thursday that the current situation in war-torn Afghanistan cannot be resolved through military means.

Both the presidents at the meeting discussed the current situation in Afghanistan and agreed that it is impossible to solve the issues through military means, according to a statement by Presidential Press Office.

The Taliban have recently claimed to have taken control of more than 85% of Afghanistan, with government forces abandoning their outposts. Currently, they control borders with Tajikistan, Turkmenistan, Iran and Pakistan.

However, the Afghan Defense Ministry has rejected all of the Taliban’s claims, asserting that hundreds of insurgents were killed in retaking the fallen districts.

Far ahead of Washington’s initial pledge of complete troop departure by September 11, which was recently modified by President Joe Biden to August 31, the US has vacated Bagram Airfield, the biggest military base in the war-ravaged country, and handed it over to Afghan National Army earlier this month.

According to the statement, the two leaders also discussed bilateral relations, regional security as well as ways to improve cooperation.

Underlining the significance of the mutual transportation and energy projects aimed at increasing Afghanistan’s transit capacity including a railway construction and an electric line, they stressed that comprehensive negotiations between Afghan sides should start speedily.

The leaders also voiced their contentment over the 50% increase in trade the volume between the two countries in the first five months of the year, as well as the establishment of 160 Afghan-funded new businesses in Uzbekistan despite the COVID-19 pandemic.