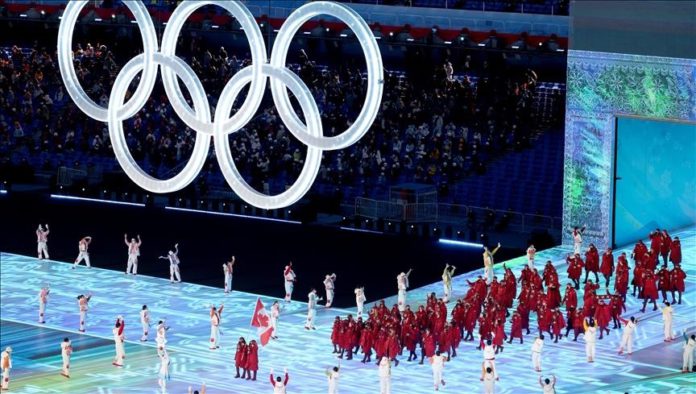 Uyghur Turks in the US protested the 2022 Beijing Winter Olympics in front of the White House on Saturday.

Uyghur Turks criticized the Chinese government and accused it of carrying out “genocide” in the Xinjiang Uyghur Autonomous Region.

Protestors also criticized the US International Olympic Committee and media outlets such as the NBC network that is broadcasting the Games in the US.

They demanded that the International Criminal Court investigate genocide and crimes against humanity committed against Uyghur people.

Violations against the identity and culture of Uyghur Turks in China have been criticized by the international community in recent years.

Many Uyghur Turks are kept against their will in places that Beijing calls “vocational training centers” and the international community defines as “re-education camps”.

Beijing does not provide information on how many camps there are in the Xinjiang Uyghur Autonomous Region, how many people there are and how many have returned to social life.

While the UN and other international organizations have reiterated their calls for the camps to be opened for scrutiny, China has so far allowed a few of the camps it designated itself to be partially viewed by a small number of foreign diplomats and journalists.