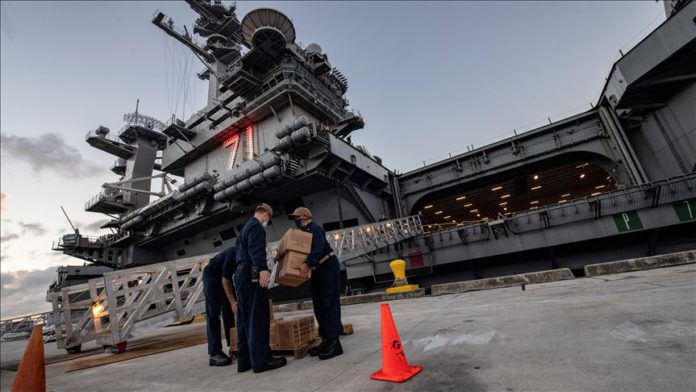 Three of them are hospitalized at US Naval Hospital Guam, it said in its latest update.

The USS Theodore Roosevelt arrived in Guam on March 27 for a scheduled port visit after three crew members tested positive for COVID-19.

A total of 53 sailors have recovered from the disease, while one died.

The guided-missile destroyer USS Kidd, meanwhile, has 78 active cases among its crew.

The Navy said it will only report “significant changes” on these vessels and new cases on deployed ships.

All sailors on both vessels have been tested for the disease.

The Theodore Roosevelt’s captain, Breet Crozier, was relieved of command by the former acting Navy secretary following accusations that he sent a letter to the Navy leadership with the intent that it would be leaked to the press.

Acting Navy Secretary Thomas Modly resigned shortly after he dismissed Crozier amid widespread criticism of his handling of the situation.