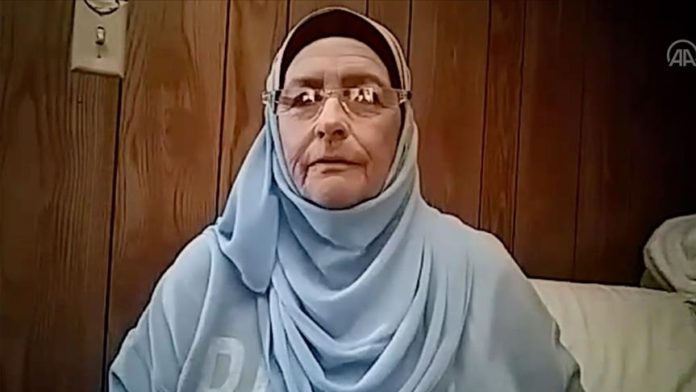 A 60-year-old American woman has become Muslim after being influenced by Resurrection: Ertugrul, a popular Turkish TV series.

The Wisconsin resident chose the name of “Khadija” after her conversion to Islam and told Anadolu Agency that she came across Resurrection: Ertugrul while browsing Netflix.

“I looked into it, the details about it. So I started watching,” said Khadija, adding she was really interested in Islam after watching a few episodes.

“It was talking about the history that I knew nothing about. What I heard about God, Islam, peace, justice, and helping the oppressed drew my attention and connected me to the series,” she added.

Stressing that the dialogues of Muhyiddin Ibn Arabi gave a new meaning to her life, she said his words made her think a lot and sometimes cry.

“The series attracted me so much that I finished all its episodes four times and started watching it for the fifth time. I search the images on the internet and watch them learn more,” she added.

Underlining that the series had a great impact on her orientation to Islam, she said: “My curiosity in history has connected me to the series. Fortunately, I watched this series opened my eyes and I recognized Islam.”

Although she was a Baptist Catholic, all the question marks in her head were cleared and she eventually became more interested in Islam, she said.

Noting that she read the Muslim holy book of Quran in English to learn more about Islam, she explained the process after she decided to become a Muslim.

“I was sure that I believed it now. When I researched it online, I realized that there was only a small mosque in the area where I live. When I went there, I saw that every Muslim I came across was very kind,” she said.

After the prayer, she shahadah, the Islamic declaration of faith, and chose the name of Khadija, she added.

Stressing that she encountered unexpected reactions from her friends when she said she became Muslim, Khadija said they believed that she was brainwashed.

“I no longer discuss this issue with people. I do not interfere with their beliefs. They shouldn’t have any reason to interfere with me either,” she added.

Khadija, a mother of six children, said that she caught her family watching Turkish TV series and programs. She eventually realized that her youngest son became Muslim.

Often described as a Turkish Game of Thrones, Resurrection: Ertugrul tells the story before the establishment of the Ottoman Empire in 13th century Anatolia. It illustrates the struggle of Ertugrul Gazi, the father of the empire’s first leader.