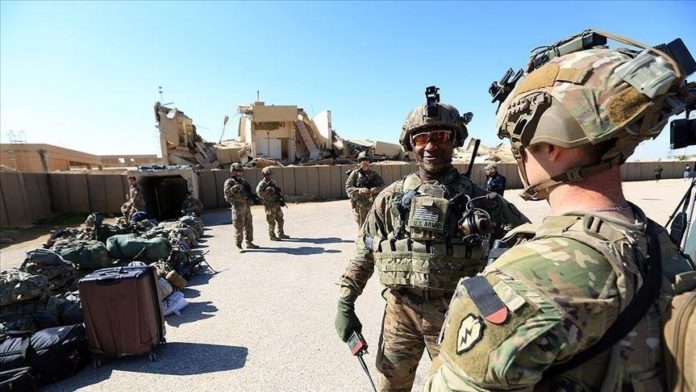 The process to withdraw American forces from Afghanistan by the end of August is more than 95% complete, US Central Command (CENTCOM) said Tuesday.

CENTCOM said 984 C-17 loads of material have departed Afghanistan while more than 17,000 pieces of equipment have been marked for destruction.

“The 17,074 pieces of equipment comprise almost entirely federal excess personal property. Most of this equipment is not defensive articles or considered to be major equipment,” CENTCOM said in a weekly update.

The US officially handed more than seven facilities to the Afghan defense ministry.

CENTCOM has been providing weekly updates on the process to meet US President Joe Biden’s commitment to end America’s longest war by his initial deadline of Sept. 11.

Intense fighting between Afghan forces and the Taliban continues amid the withdrawal of foreign troops from the country.

The country is on the brink of another humanitarian crisis as the escalating conflict increases human suffering with more than 3.5 million people internally displaced, the UN Refugee Agency (UNHCR) said Tuesday.

“A failure to reach a peace agreement in Afghanistan and stem the current violence will lead to further displacement within the country, as well as to neighboring countries and beyond,” said Baber Baloch, spokesman for the UN High Commission for Refugees.

According to UNHCR, Iran and Pakistan host nearly 90% of displaced Afghans – more than 2 million.