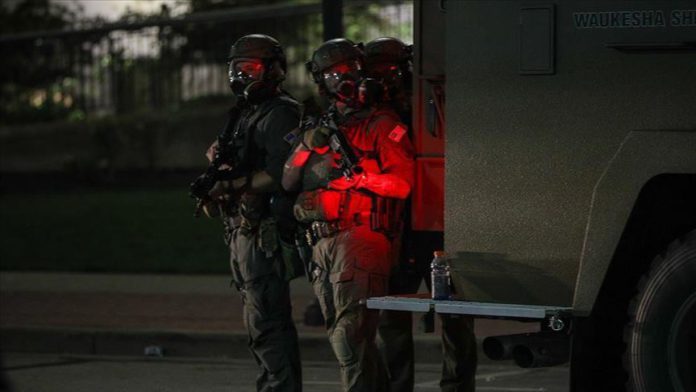 The presence of the US National Guard will be increased in Kenosha, Wisconsin after a police shooting left a Black man in serious condition and sparked mass unrest, the governor said Tuesday.

“We cannot allow the cycle of systemic racism and injustice to continue. We also cannot continue going down this path of damage and destruction,” Tony Evers said on Twitter. “We are assessing the damage to state property and will be increasing the presence of the Wisconsin National Guard to ensure individuals can exercise their right safely, protect state buildings and critical infrastructure, and support first responders and fire fighters.”

Noting scenes from Monday night “put individuals, families, and businesses in danger,” Evers stressed: “We cannot forget the reason why these protests began, and what we have seen play out over the last two nights and many nights this year is the pain, anguish, and exhaustion of being Black in our state and country.”

Democratic governor called on demonstrators to protest “peacefully and safely,” urging that they “do not allow the actions of a few distract us from the work we must do together to demand justice, equity, and accountability.”

The move comes after a Black man, identified as Jacob Blake, was shot in the back eight times in a shooting that has triggered widespread outrage and made Kenosha the latest flashpoint of the US’ continued struggle with racial injustice and police shootings of unarmed Black men.

Blake’s father Jacob Blake told the Chicago Sun-Times there are “eight holes” in his son’s body and doctors do not know if the paralysis waist down is permanent. “What justified all those shots?” he added. “What justified doing that in front of my grandsons? What are we doing?”

Sunday’s shooting occurred as police were responding to a “domestic incident,” the Kenosha Police Department said in a statement.

Graphic bystander video that emerged on social media appears to show Blake being shot multiple times after he opens the door to a car and reaches inside.

The state’s Justice Department is investigating the shooting.