TurkishPress
Home Americas US & Canada US: What's at stake in 2020: The Republican platform 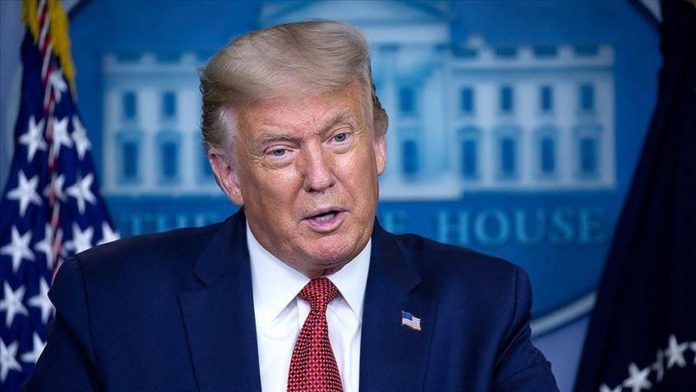 Perhaps a long-range forecast by the Democrat and Republican parties shows best what is at stake in the Nov. 3 American presidential election.

If the Republicans lose, President Donald Trump has claimed a tsunami would be unleashed that would erode freedom and end with Democrats controlling how people live.

If the Democrats lose, nominee Joe Biden has warned of the erosion of democracy and creeping authoritarian rule.

Both parties predict blue skies and sunshine if they win.

The question facing Americans is, which prediction to believe?

Rather than put forth an election platform defining the party’s beliefs, Republicans simply say they will agree and support everything Trump says.

The Democrats have followed the more traditional route of listening to what the collective party voice wants and distilling that into a campaign platform.

Who is to say which is the right approach?

Here are the building blocks of the election campaign for both parties, keeping in mind the Republican planks were nailed down by Trump.

Trump’s attitude has evolved on the coronavirus crisis. He began by downplaying its dire effects, but in the ensuing months, millions of Americans contracted the virus and nearly 200,000 have died.

The Trump/Pence ticket promises to deliver a vaccine by the end of 2020, which is only four months away. Most experts say it will be well into 2021 before a vaccine has been properly vetted and introduced.

He also pledges there will be a return to normalcy in 2021, but in reality that hinges on if a vaccine is not only ready, but when it is widely administered. Trump guarantees a supply of medicines and equipment for front-line health care workers and stockpiles of items needed to battle any future pandemic.

Trump says he will hold China “fully accountable” for allowing the spread of the virus but there is no indication what form that will take.

The former reality television personality has repeatedly clashed with the repressive Chinese government on trade. If re-elected, he promises to bring back to the US 1 million jobs from China.

This is a popular mantra. What that will mean for the price of goods is not spelled out by Republicans.

Trump promises to give incentives such as tax credits to companies that bring jobs from China, with 100% expensing deductions for essential businesses like pharmaceutics that leave the Middle Kingdom and open up in America.

Further, he will not allow federal contracts for firms that outsource production to China.

He has worked to dismantle former President Barack Obama’s universal health care law, but after four years in office has yet to come up with a replacement health plan.

Trump and the Republicans will order a curriculum that teaches American exceptionalism. That term is often misunderstood and Republicans do not elaborate what it means to the party. The Washington Post’s Dana Milbank says it is not arrogance. He defines it this way: “Americans aren’t better than others, but our American experience is unique – exceptional – and it has created the world’s most powerful economy and military, which, more often than not, has been used for good in the world.”

This is a carryover from Trump’s 2016 campaign. He promises to limit congressional terms. As well, he wants to cut red tape that hampers small businesses and restrict what citizens can or cannot do. He promises to delegate power back to people and states and overhaul Washington.

More police and prosecutions of driver-by shootings as domestic terrorism is the Trump/Pence promise. Trump calls extremist groups like ANTIFA (anti-fascist) “terrorists” and promises to bring them and others to justice. He also wants to ensure “dangerous criminals” remain behind bars while they await trial.

There would be no welfare, health care, or free college tuition for undocumented immigrants. Trump would also deport non-American gang members, defund sanctuary cities that protect low-priority immigrants from deportation, and put an end to replacing Americans in favor of low-cost foreign workers. These are themes that Trump trumpeted since his election in 2016.

Innovation for the future

Trump pledges to put a permanent manned presence on the moon and send the first-manned mission to Mars, lead the world in access to the cleanest drinking water and air, clean up the oceans along with other countries, and establish a national high-speed wireless network using American 5G.

It is an ambitious agenda but that was the retort when President John F. Kennedy said in 1961 that the US would put a man on the moon by the end of the decade.

This would be done by continuing to nominate conservative Supreme Court judges who could protect unborn life by “every means available,” defend the rights of religious individuals and support the Second Amendment – the right to bear arms.

Trump promises to be really “great” on job creation.

The promise: To add 10 million jobs in 10 months. Again, an ambitious goal considering the pandemic still holds sway and 8.4% of the workforce is unemployed.

Republicans also pledge to create 1 million new small businesses; cut taxes to boost take-home pay and introduce a “Made in America” tax credit that is, as of Aug. 25, unspecified, according to the reputable American Tax Foundation.

Trump promises to expand Opportunity Zones. Forbes business magazine says Opportunity Zones are defined as: “economically-distressed communities where new investments, under certain conditions, may be eligible for preferential tax treatment.” All 50 states are included as possible zones in poorer neighborhoods.