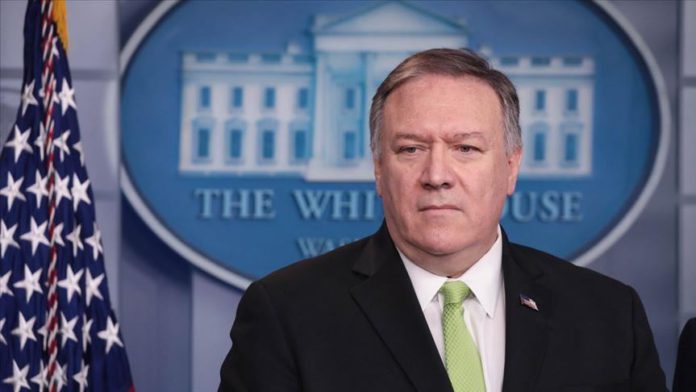 The US welcomed Monday a cease-fire between Libya’s warring parties, calling it a “courageous” step.

“We welcome the announcement of Libyans signing a nationwide, immediate ceasefire agreement at the UN-facilitated 5+5 Joint Military Commission talks in Geneva on October 23,” State Secretary Mike Pompeo said in a statement. “We also appreciate the vital role the UN Acting Special Representative of the Secretary General Stephanie Williams played in facilitating the talks.”

Pompeo underlined that “all foreign fighters must leave the country within 90 days and allow Libyans to decide their own future.”

He said that Washington looks forward to the UN Secretary General’s swift appointment of a new Special Envoy for Libya to “ensure progress on the UN’s efforts to support Libyan national reconciliation.”