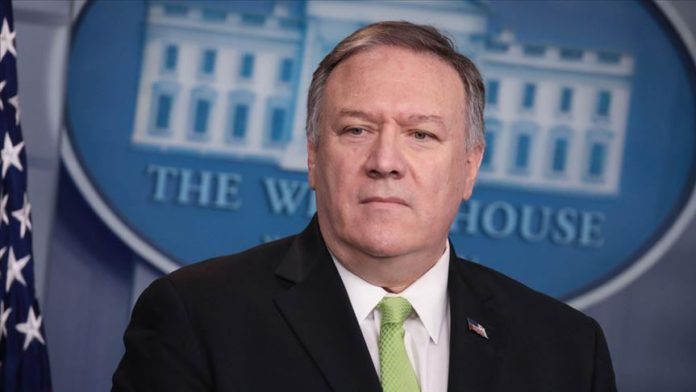 The US secretary of state welcomed Iraq’s new government in a phone call with Prime Minister Mustafa al-Kadhimi, saying a “bold agenda” awaits him.

“Secretary Pompeo welcomed Prime Minister Kadhimi’s new government, which was confirmed by the Council of Representatives,” she said. “They discussed the urgent hard work ahead for the Iraqi government, implementing reforms, addressing COVID-19, and fighting corruption.”

In support of the new government the US will move forward with a 120-day electricity waiver as a “display of our desire to help provide the right conditions for success,” she added.

Pompeo and al-Kadhimi further discussed the upcoming US-Iraq strategic dialogue to provide the Iraqi people the prosperity and security.

“I pledged to help him deliver on his bold agenda for the sake of the Iraqi people,” he added.

Iraq’s parliament gave a vote of confidence to the new Prime Minister al-Kadhimi and his partial Cabinet in the wee hours Thursday, to succeed the resigned government headed by Adel Abdul-Mahdi.