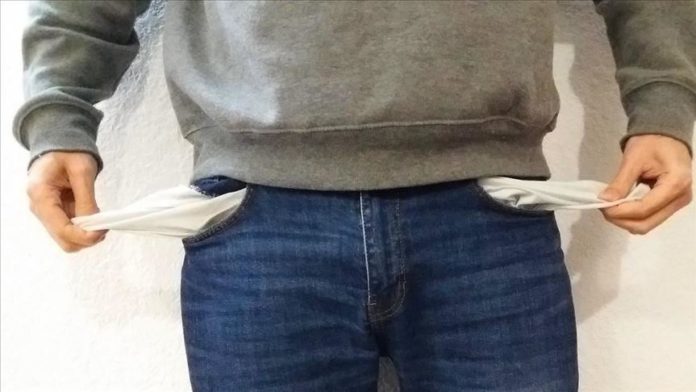 The number of US workers filing first-time unemployment claims increased to 898,000 last week from 53,000 the previous week, according to data released Thursday by the Labor Department.

The world’s largest economy continues to have a slow recovery from the coronavirus pandemic since roughly half of the 22 million jobs lost in March and April have been filled.

The unemployment rate fell to 7.9% in September after the economy added 661,000 jobs last month, but the number of unemployed workers fell only by 1 million, leaving 12.6 million workers without a job.

The dismal figures highlight the immediate need for cash for many Americans amid the economic slowdown caused by COVID-19, as a much-anticipated stimulus package by Congress has hit a wall in Washington.

US Treasury Secretary Steven Mnuchin said Wednesday it will be difficult to pass a bipartisan deal on a relief bill before the Nov. 3 presidential election.

Mnuchin is expected to hold another round of talks Thursday with House of Representatives Speaker Nancy Pelosi who insists on a $2.2 trillion bill despite the Republicans raising their offer from $1.6 trillion to $1.8 trillion.

“She should approve needed STIMULUS now. Most other Dems agree. Republicans are ready to go, I am ready to sign!!!” he added.

Pelosi responded: “We want to have an agreement. Yet Republicans refuse to ensure that such an agreement puts families first.”

With talks stalled, the Dow Jones, S&P 500 and Nasdaq were each down by more than 1.1% before markets opened Thursday.

Morgan Stanley shares were also down 1% in pre-market hours despite strong financial results in the third quarter.

The investment banking and financial services firm saw earnings rise 22.7% to $2.7 billion in the July-September period, from $2.2 billion the same period last year. Revenue rose 16% to $11.6 billion, from $10 billion.