TurkishPress
Home News US warns there is high, real risk of Russian invasion of Ukraine 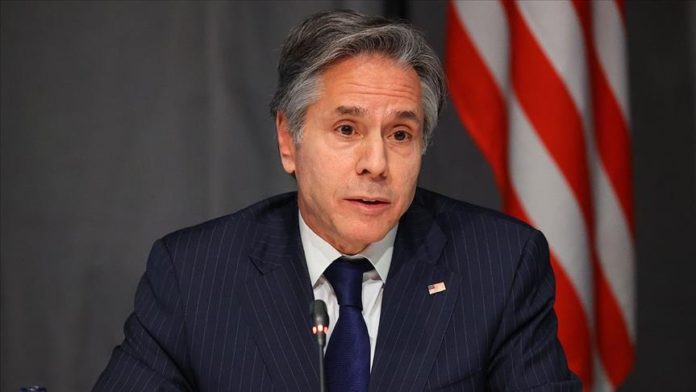 US Secretary of State Antony Blinken has warned that there is still a real risk of a Russian invasion of Ukraine.

“The risk is real; the risk is high,” he told German public broadcaster ZDF, ahead of his meeting with Russian counterpart Sergey Lavrov in Geneva on Friday.

“Russia has massed considerable forces on Ukraine’s border, 100,000 troops. It continues to send forces near Ukraine, including most recently to Belarus. So the risk is very serious,” he said.

After meetings with the Ukrainian leadership in Kyiv on Wednesday, Blinken met his German, French, and British counterparts in Berlin on Thursday to discuss the latest developments and possible measures to deter Russia’s military aggression against Ukraine.

He said the US, its allies and partners are united and “speaking with one voice” on the matter, and any Russian military move into Ukraine will have “massive consequences” for Russia.

Commenting on his upcoming meeting with Lavrov, Blinken said he doesn’t “anticipate any breakthroughs” in Geneva, but talks will show whether Russia is really interested in a diplomatic solution to the crisis.

“We’ll know more about whether Russia is genuinely committed to trying to resolve these differences diplomatically through dialogue or not. Either way, we’re prepared and we’re united,” he said.

Russia denies it is planning an attack and has instead presented security demands, including a ban on former Soviet nations from joining NATO, to ensure peace.

Oil prices up as weak US dollar spurs higher demand