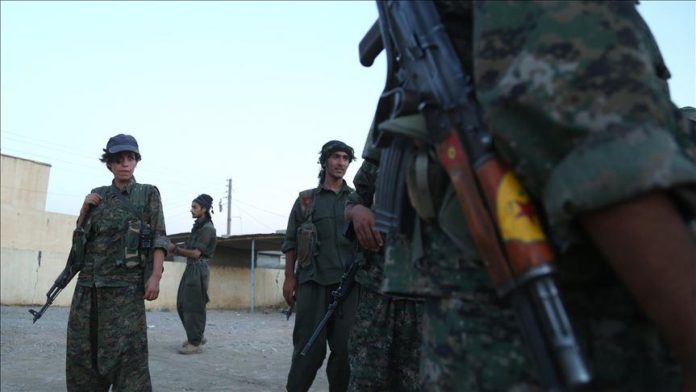 The dire humanitarian conditions at a northern Syrian detention facility used to house families of Daesh/ISIS fighters are so dire they risk becoming fertile ground for the terror group’s next generation, the US warned on Monday, referring to a facility run by the SDF, a group dominated by the terrorist YPG/PKK.

Addressing a Washington-based think tank virtually, Central Command head Gen. Kenneth McKenzie said the conditions at al-Hol are at a breaking point, with about 62,000 people being held there, most of them women and children, amid “difficult, even dangerous conditions.”

McKenzie warned that in the short-term the overcrowding makes the camp’s detainees extremely vulnerable to a public health crisis, cautioning that an outbreak of cholera or COVID-19 could lead to “a massive loss of human life.”

Some two-thirds of the camp’s residents are under the age of 18, with over half less than 12 years old, and McKenzie warned that remaining in al-Hol risks their “systemic indoctrination to ISIS’ ideology.”

“This is an alarming development with potentially generational implications, and to be clear: there is no military solution to this problem,” he said at a joint Central Command conference with the Middle East Institute think tank.

“Unless the international community finds a way to repatriate, reintegrate into home communities and support locally grown reconciliation programs we will bear witness to the indoctrination of the next generation of ISIS as these children become radicalized,” he added.

The camp is run by the US’ main partner in Syria, the YPG-led Syrian Democratic Forces (SDF). The YPG is the Syrian wing of the PKK, a designated terror group in the US and Turkey which has taken some 40,000 lives, including women and children, and support for the group has been a major strain on Turkish-US ties.

The US has long urged nations to repatriate their nationals who are currently in al-Hol, but little progress has been made due to staunch opposition to their return among several countries.

On the wider fight against Daesh/ISIS, McKenzie said the terror group’s territorial defeat did not mean the end to the threat it poses, saying it has “gone to ground” while it maintains committed to waging an insurgency in Iraq and Syria.

“ISIS is a learning and adaptable extremist organization still committed to its murderous vision,” he said, noting a twin suicide bombing in Baghdad in January claimed by Daesh/ISIS. “We will need to maintain constant vigilance to defend against the threat of ISIS.”

Turning to Pakistan, McKenzie said the country will play a “key role” in Afghanistan’s future as peace talks continue between the government and the Taliban.

He added that military to military communication between the two countries is going very well.