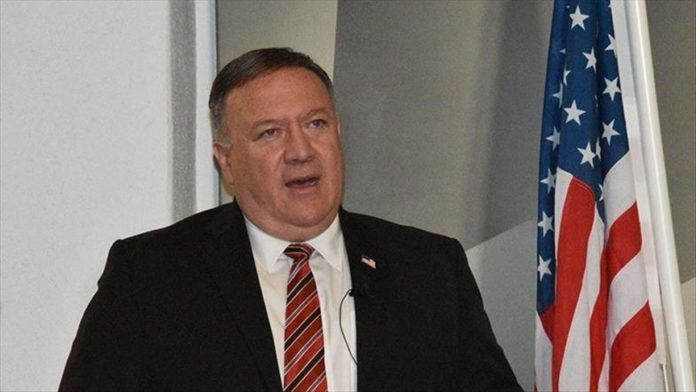 US Secretary of State Mike Pompeo called on Ethiopian authorities to exercise restraint Monday after Addis Ababa claimed victory over a militant group in the country’s north.

“The Secretary called for a complete end to the fighting and constructive dialogue to resolve the crisis,” State Department spokesman Cale Brown said in a statement.

“The Secretary underscored the importance of protecting civilians from further harm, including refugees and civilians fleeing the conflict into Sudan, and allowing international humanitarian organizations access to the Tigray region to ensure the unhindered flow of humanitarian assistance to those in need,” he added.

On Nov. 4, the Ethiopian government began a law enforcement operation in Tigray against the outlawed Tigray People’s Liberation Front (TPLF) whose forces had stormed an army base, killing soldiers and looting military assets.

It termed the operation nearly complete on Nov. 28 after taking control of the regional capital Mekele, the last bastion of the TPLF.

“No civilian was killed by the Ethiopian army during the operation in Tigray including in the city of Mekele,” Ahmed told lawmakers earlier Monday.

The TPLF led a four-party coalition, the Ethiopian People’s Revolutionary Democratic Front, between 1991 and 2018.

Abiy came to power in 2018, and initiated wide-ranging reforms but the TPLF opted out when he dissolved the ruling coalition.

Tensions escalated when Tigray held a regional election in September, defying a nationwide ban on all polls due to the coronavirus pandemic. The vote has been termed illegal by the federal government.