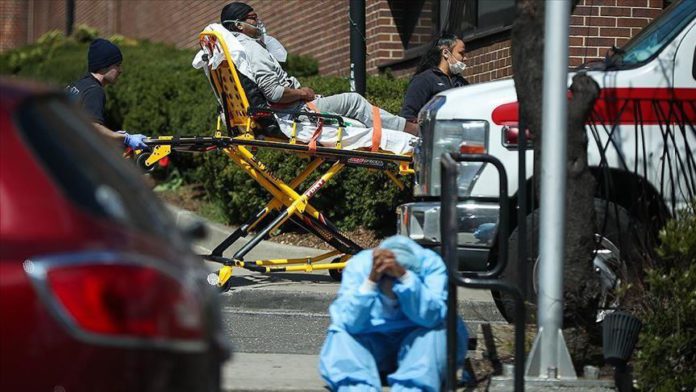 The US may have 10 times the number of COVID-19 infections as current data indicates, nation’s health protection agency Centers for Disease Control and Prevention (CDC) said Thursday.

“Our best estimate right now is that for every case that was recorded there actually were ten other infections,” Director Robert Redfield told reporters on a conference call, later adding it would mean between 5-8% of the population has contracted the virus.

The estimate is based on nationwide surveys of antibody tests, and Redfield stressed while the final ratio for known to unknown infections is still being calculated, 10-1 is a “good estimate” based on available data. More than 122,000 people are known to have died from virus-related complications, and more than 656,100 have recovered.

Data by Johns Hopkins University indicates nearly 2.4 million people have tested positive in the US, and if Redfield’s estimate is accurate that would put the total number of people who have contracted the coronavirus at nearly 24 million.

While Redfield emphasized CDC does not have an exact percentage of those who contracted the virus but do not exhibit symptoms, he said it varies between 20% and 80% depending on the group, calling asymptomatic infections “significant.”

“The traditional approach of looking for symptomatic illness and diagnosing it obviously underestimated the total amount of infections,” he said.

Many in the US have been seeking a return to something resembling normalcy as states have begun loosening virus-related restrictions, but Redfield continued to stress “many individuals in this nation are still susceptible.”

“There are states that are going to have antibody prevalence rates less than 2%, which would mean that a majority of individuals in those regions are still susceptible,” he said.

Texas earlier Thursday announced a temporary pause in its reopening process amid spikes in cases in the southern state.

The state recorded Wednesday 5,551 new infections and 4,389 hospitalizations — the highest since April 17, according to the state officials.

Turkey neutralizes 39 terrorists in northern Syria over past 5 days