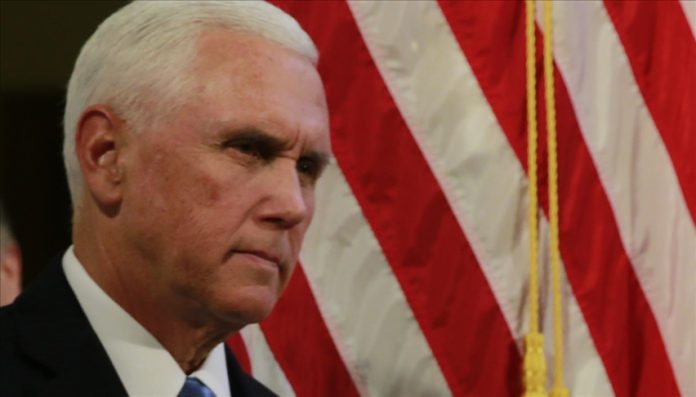 Hours after supporters of President Donald Trump stormed the US Capitol, Vice President Mike Pence said those involved in raiding the building will be prosecuted.

In pair of tweets Wednesday, Pence called for an end to the violence at the Congress building and urged protestors to leave.

“The violence and destruction taking place at the US Capitol Must Stop and it Must Stop Now. Anyone involved must respect Law Enforcement officers and immediately leave the building,” he tweeted.

“Peaceful protest is the right of every American, but this attack on our Capitol will not be tolerated, and those involved will be prosecuted to the fullest extent of the law,” he wrote.

Hundreds of Trump supporters clashed with police during an apparent attempt to storm the Capitol building.

The incident happened minutes after Pence announced that he rejected Trump’s demand that he interfere in Congress’s counting of Electoral College votes, just minutes before lawmakers were set to convene in a rare joint session.

A senior Republican senator, Lindsey Graham called the incident a “national embarrassment” and rejected violence by the protestors.

“I support peaceful protests, but not violence and destruction. People need to leave the Capitol now! This is a national embarrassment,” Graham tweeted.

Trump supporters are protesting the Nov. 3 election results and a joint session at Congress to formally count the Electoral College votes.