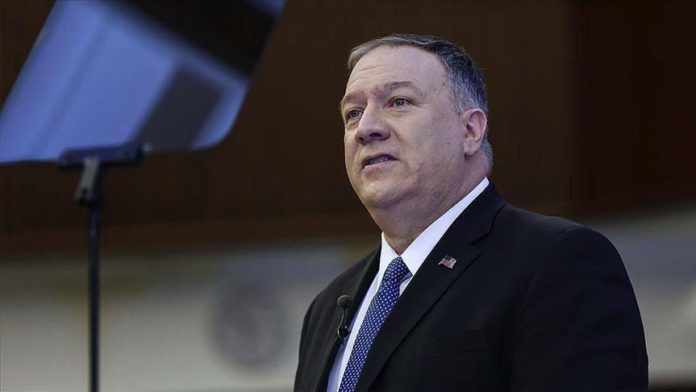 The US called on Belarusian government Thursday to immediately release those swept up in mass arrests amid civil unrest against the election of its long-time ruler to a sixth term.

Secretary of State Mike Pompeo strongly condemned the violent crackdown that followed mass demonstrations against the re-election of President Alexander Lukashenko, who has ruled for 26 years, as well as the detention of opposition candidates and demonstrators, internet cut-offs and detainee abuse.

“We call for the immediate release of those unjustly detained, and an accounting for those reported missing,” Pompeo said in a statement. “The United States supports free and fair elections that reflect the will of the Belarusian people as a matter of principle. The August 9 elections did not meet that standard.”

The eastern European country has been locked in civil unrest since Lukashenko was declared victor, receiving more than 80% of the official tally.

The European Union announced Wednesday it would soon impose sanctions on individuals responsible for violence, repression and election fraud in Belarus.

Targeted sanctions on specific individuals will be adopted as soon as possible, according to Charles Michel, president of the European Council, and Ursula von der Leyen, the European Commission president.

The Organization for Security and Cooperation in Europe offered to facilitate dialogue and Pompeo urged officials to take the offer, and “to actively engage Belarusian society, including through the newly established National Coordination Council, in a way that reflects what the Belarusian people are demanding, for the sake of Belarus’ future, and for a successful Belarus.”