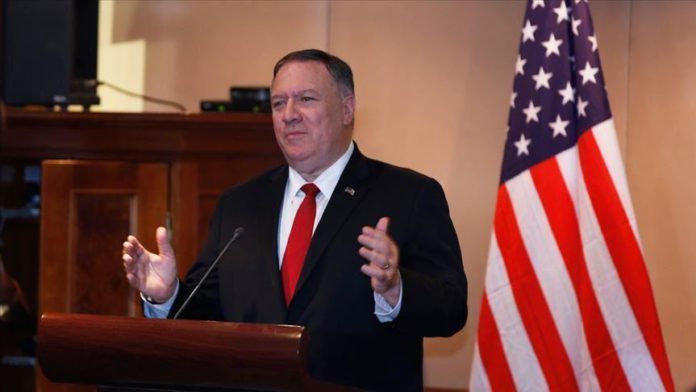 The US on Wednesday urged all parties to the heightened tensions in the eastern Mediterranean to get to the negotiating table to resolve the disputes in the region.

“We are urging everyone to stand down, to reduce tensions and begin to have diplomatic discussions about the conflicts that exist there in the eastern Mediterranean, the security conflicts, the energy resource conflicts, the maritime conflicts,” Secretary of State Mike Pompeo told reporters at the State Department.

“They need to sit down and have conversations about this and resolve this diplomatically. It is not useful to increase military tension in the region. Only negative things can flow from that,” he added.

Pompeo’s comments come amid markedly strained tensions in the region between Turkey and several nations.