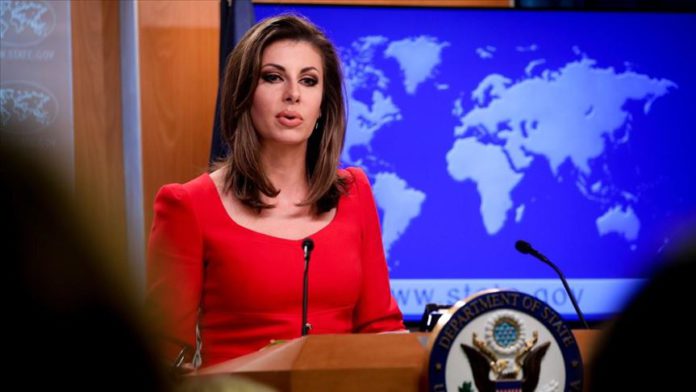 The US on Monday condemned in the “strongest terms” a deadly clash that took place between Armenia and Azerbaijan this weekend.

“We urge the sides to stop using force immediately, use the existing direct communication links between them to avoid further escalation, and strictly adhere to the ceasefire,” said State Department Spokeswoman Morgan Ortagus.

The statement came in the wake of a border clash Sunday with Armenian troops in which four Azerbaijani soldiers were martyred and four injured.

Azerbaijan’s Defense Ministry said the Armenian army had fired on positions held by Azerbaijan in the northwestern Tovuz region. The clashes entered a second day on Monday.

“As a Co-Chair of the OSCE Minsk Group, the United States remains strongly committed to helping the sides achieve a lasting, peaceful settlement of the Nagorno-Karabakh conflict. We will remain actively engaged in efforts to accomplish that goal,” said Ortagus.