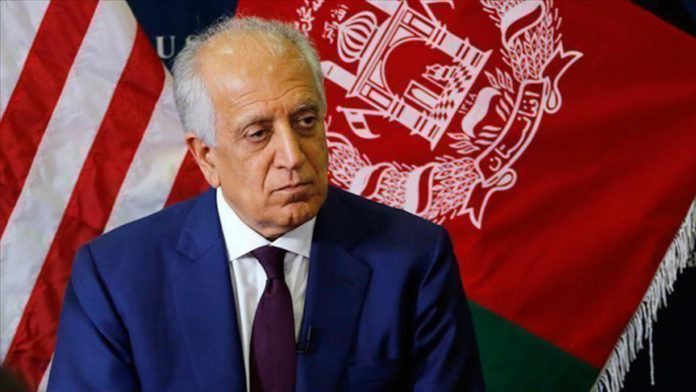 The top US envoy for Afghanistan urged the Afghan president to not let the opportunity for peace “slip away.”

Zalmay Khalilzad met Ashraf Ghani in Qatar’s capital Doha on the sidelines of crucial intra-Afghan peace talks between representatives of the Kabul government and the Taliban.

“I told the President [Ghani] Afghans should not let the opportunity for peace to slip away,” Khalilzad said in a series of tweets.

He said he supports the Islamic republic negotiators doing their work as long as it takes. “I’m encouraged by what I heard from all sides, including the two teams’ commitment to peace,” he added.

The US special representative for Afghanistan reconciliation added that Washington supports an Afghan-led and Afghan-owned process, and remains ready to assist. “We call on all nations, especially the neighbors and other key players, to do the same,” Khalilzad emphasized .

Ghani’s office in Kabul issued a statement saying the two sides discussed efforts for peace and stressed upon the need for a cease-fire in Afghanistan.

“Violence is too high, and too many Afghans are dying. We are pressing for a significant reduction in violence that will lead to a permanent and comprehensive cease-fire,” Khalilzad said.

He called for a significant reduction in violence to save lives, increase trust, broaden support for peace and help the negotiating teams make progress at a faster pace.

Ghani’s visit came as representatives of the Afghan government and the Taliban continue to engage in agenda-setting talks for the landmark intra-Afghan talks in the Gulf country since Sep. 12.