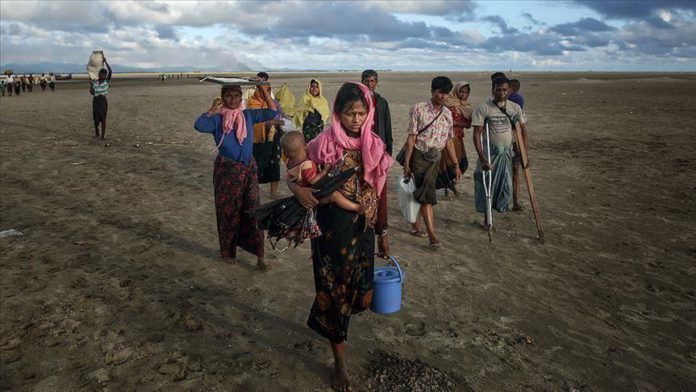 The US, UK, EU, and UN refugee agency said Thursday they will co-host a virtual donor conference on Oct. 22 to promote support for Rohingya refugees and host countries.

There is a significant funding gap in the international response to the crisis this year, with contributions to date covering less than half of what is needed.

The co-hosts will call on the international community to provide much-needed funding to assist Rohingya refugees, host communities, and internally displaced people in Myanmar, they said in a joint statement released by the US.

“The United States is proud to stand with the UK, the EU, and the UN High Commissioner for Refugees as partners in leading this call to sustain the international crisis response to assist Rohingya refugees and other displaced people, as well as strengthen investment in affected host communities,” said Stephen Biegun, the US deputy secretary of state.

He said the US is the world’s most generous donor and is a catalyst for the international humanitarian response.

“Solidarity with the Rohingya people means more than just meeting their basic needs. Refugees, like everyone else, have a right to a life of dignity and the chance to build a safe and stable future,” said Filippo Grandi, the UN High Commissioner for Refugees.

At the virtual conference, they will urge countries to increase assistance for Rohingya refugees, host communities, and internally displaced people in Myanmar, more than three years since the latest phase of the crisis began in August 2017.

The UN has appealed for more than $1 billion in aid to meet the humanitarian needs of Rohingya refugees in Bangladesh this year, but so far, less than half has been contributed.

A significant funding gap remains, made worse by the COVID-19 pandemic.

The conference aims to raise urgently needed funds to help vulnerable displaced Rohingya living in and outside of their native Myanmar.

The funds raised are also expected to support critical services in host communities throughout South and Southeast Asia.

The conference will be an opportunity for the co-hosts to reiterate that any sustainable solution to this crisis must include the voluntary, safe, dignified, and sustainable return of Rohingya refugees and other displaced people to their homes or to a place of their choosing.

“In this respect, the co-hosts will repeat the Secretary General’s call for a global ceasefire and the cessation of fighting to enable safe and unimpeded humanitarian access to all communities in need of assistance,” the statement said.