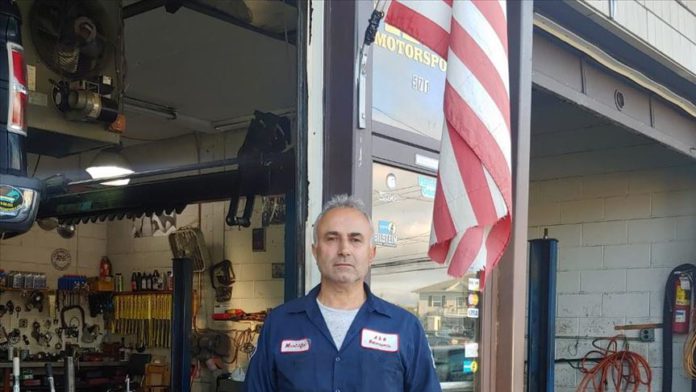 Mustafa Tosun, a Turkish-American mechanic, was among a few good Samaritans who rushed to the aid of a senior couple whose car had plunged into a canal in Copiague, New York.

Tosun, originally from Erzincan, Turkey, jumped into the canal with four other people as the car began sinking to rescue 78-year-old Joseph Abitabile and his 76-year-old wife, Delores.

The car “was in the air, and it landed perfectly in that water there, and that car was going down and down and down,” witness Richard Ortmann told CBS2.

Speaking to Anadolu Agency, Tosun said he felt he had to save the couple, noting the man inside the car was someone’s father.

“The old man was shouting, saying he did not know how to swim, and onlookers were telling them what to do. I could not [just] stand [there], and jumped into the water,” he said.

Tosun has been managing his mechanic shop in the US for 30 years.

“If I had not done it, I would feel remorse,” he told Anadolu Agency.

August 14, 2020
We use cookies to ensure that we give you the best experience on our website. If you continue to use this site we will assume that you are happy with it.Ok