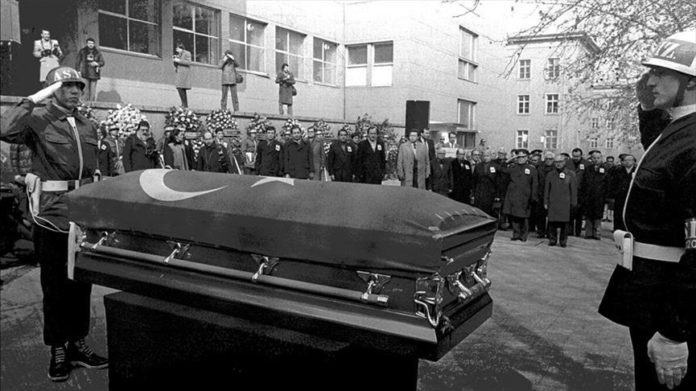 The release of the man convicted in the 1982 assassination of Turkey’s consul general “will set a dangerous precedent that will only embolden violent extremists,” Turkey’s Los Angeles consul general said Thursday.

“It is a deplorable decision based on petty political considerations. Not appealing the Court’s order overturning the veto of Hampig Sassounian’s release is an utter and reckless disregard for the fundamental principles of the law,” Can Oguz said in a statement.

Hampig Sassounian was convicted of fatally shooting Turkish diplomat Kemal Arikan while he sat in his car at an intersection in Los Angeles nearly four decades ago.

Previous judicial rulings to release Sassounian on parole were blocked by California’s governors, including incumbent Gavin Newsom who rejected his eligibility. But Newsom reversed course, announcing he will not appeal the Los Angeles County Superior Court’s decision for Sassounian’s release.

“This is a sad day for Kemal Arikan’s family, people of Turkey, and the international fight against terrorism,” said Oguz.

The vast majority of the attacks on Turkish diplomats and citizens in the 1970s and 1980s were conducted by ASALA and JCAG, designated terrorist groups in the US and Turkey. Sassounian belonged to the JCAG.

The assassinations occurred across the globe, including in the US, Austria, France, Italy, Spain, Lebanon, Greece, Switzerland, the Netherlands, Canada, Portugal, Iran, and the UK.