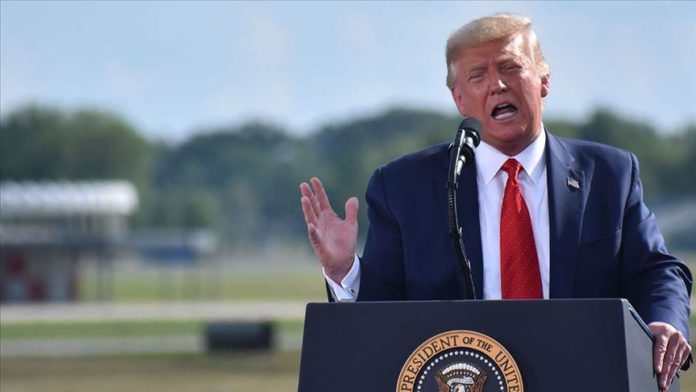 US President Donald Trump on Wednesday tried to turn the tables on two cable show hosts, accusing them of disrespecting women and being xenophobic.

Trump himself has a long history of publicly speaking about women using vulgar and disrespectful language, as well as demonizing immigrants from Mexico, Africa, and Muslim countries.

“Will Fredo be fired by Fake News @CNN?” He speaks with great disrespect about women, and it will only get worse.” Trump tweeted, referring to Chris Cuomo.

“Always terrible to speak to sleazebags, especially when you are being recorded. CNN has no choice, Fredo must go!” Trump added.

Cuomo has called Trump calling him Fredo – a character associated with weakness and treason from The Godfather – a slur against Italian-Americans.

On Tuesday, Fox News released a recording of a conversation between Cuomo and Michael Cohen, Trump’s former lawyer, in which Cuomo allegedly denies rumors of sexual misconduct while he was working for ABC television.

In a separate tweet, Trump accused MSNBC’s Joy Reid of racism and xenophobia by comparing Trump supporters with “Muslim terrorists.”

“The very untalented Joy Reid should be fired for this horrible use of the words ‘Muslim Terrorists’. Such xenophobia and racism,” said Trump.

“Anyone else would be gone, and fast!!!” he added.

Accusing Trump of encouraging violence in the wake of a police shooting in the US state of Wisconsin, Reid said on her show: “When leaders, let’s say in the Muslim world, talk a lot of violent talk, and encourage their supporters to be willing to commit violence … in order to win against whoever they decide is the enemy, we in the US media describe that as ‘They are radicalizing those people.’ Particularly when they’re radicalizing young people. That’s how we talk about the way Muslims act.”

Criticized for the remarks from Muslim leaders and others, Reid tweeted: “There’s been some thoughtful commentary but also some willful distortion of the points I tried to make yesterday. We’ll discuss in more depth tomorrow on the show!”

Older comments by Reid critical of Islam have also come under fire.